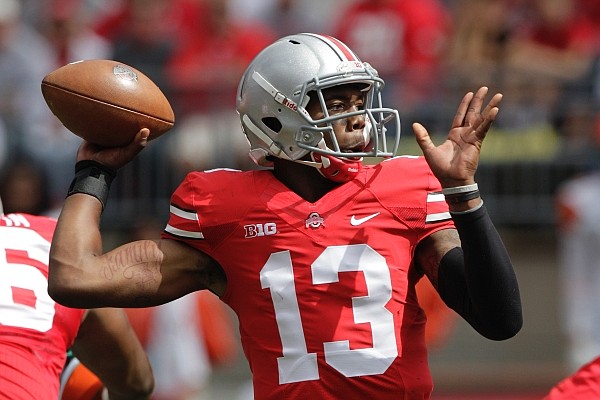 Two Arkansas wide receiver signees like what they hear of Kenny Guiton, who is expected to be named Arkansas' new receivers coach as early as Monday.

Guiton, who played quarterback at Ohio State, served as receivers coach at Colorado State this season.

"It was good. Just can’t wait to meet him in person and get to know him more," he said.

Jaedon Wilson is familiar with Guiton.

"He went to school with my brother at Ohio State and he recruited me for Colorado State, so I feel good about him coming in," he said.