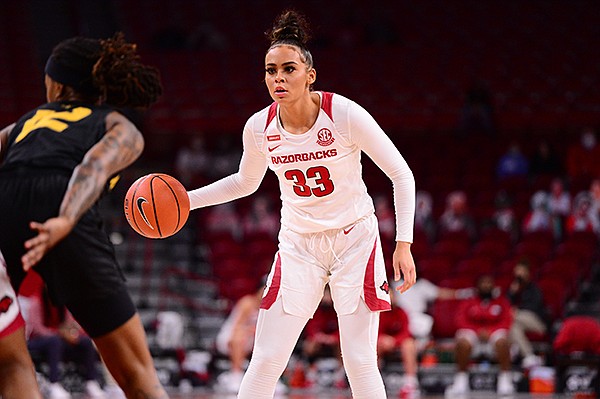 Arkansas guard Chelsea Dungee (33) is shown during a game against Missouri on Sunday, Jan. 3, 2021, in Fayetteville.

The Razorbacks are scheduled to play at Tennessee on Thursday and at home against Texas A&M (10-0, 1-0) on Sunday.

Tennessee (6-1) received votes but were unranked in this week's poll. The Lady Vols' first two SEC games were postponed due to covid-19 protocols.