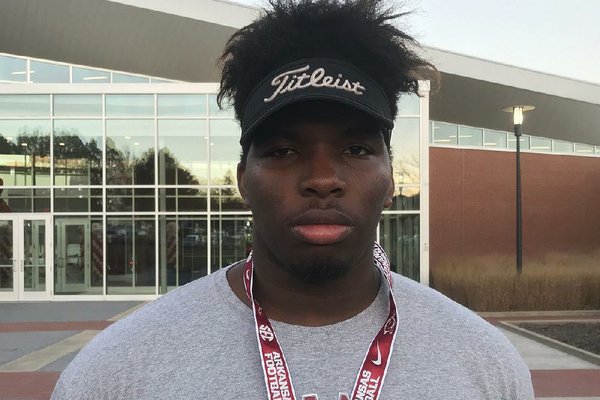 Crawford, 6-5, 335 pounds of Carthage, Texas, eventually signed with Charlotte in April and played in six games while starting three for the 49ers.

He visited Arkansas at least five times during the recruiting process.

"It's always been home because I fell in love with it. So did my mom, my sister and everyone else that visited, and I feel like that’s where I belong in the first place,” Crawford said.

He added that he chose the Razorbacks over Kansas, Florida State, Louisville and Notre Dame. Being closer to home helped his decision.

“My mom can come to the games, too,” he said. “She knows her way around there.”

Crawford is the second transfer to announce intentions to enroll at Arkansas in January. He said he plans to be in Fayetteville on Jan. 10.

Marian (Ind.) University safety Darrell Wilson has announced he will play his final year of college football for the Razorbacks in 2021 as a preferred walk-on.