UNDER THE RADAR: Bryant’s Camren Hunter 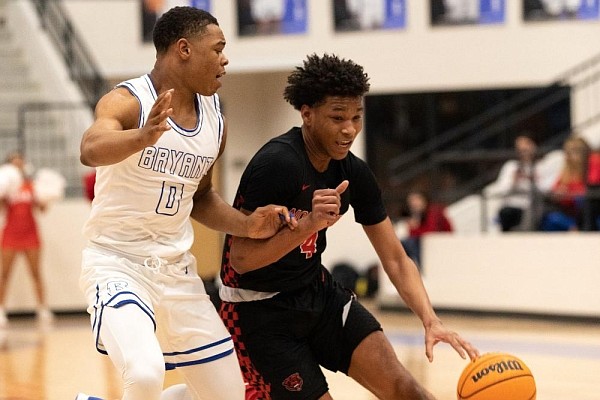 On Wednesdays, we feature an in-state prospect who could be flying under the radar of college coaches. This week's UTR prospect is Bryant’s Camren Hunter.

“He’s a tough matchup, he can score on all three levels. He’s a physical guy, he can defend multiple positions. He’s got great floor vision, he’s a great passer. He scores well around the rim and he’s really worked on his 3-point shot. He really shoots well from 3. In years past, we really had to get him to shoot it more and have talks with him.”

“I don’t think he should be under the radar. When we had KK Robinson, he really blew up as far as scholarship offers in the summer before his senior year. That’s when he really took off, and we really felt Cam would have a similar type summer. He’s a big-time player. I think he can play at the highest level of college basketball, but yet with that being said, not looking down on UCA in any way - that’s a great program and those guys have recruited him really hard - they’re getting a steal, and good for them. You can reach your dreams really from anywhere these days.”

"He’s a great kid. All his teachers love him. He makes good grades. I don’t have to worry about him on the weekends. He’s got a very strong support system. He’s a kid that’s talented, but I don’t know anyone who works harder.

"He sacrifices anything he needs to sacrifice. He wants to play college basketball and beyond. I believe he can make it.”