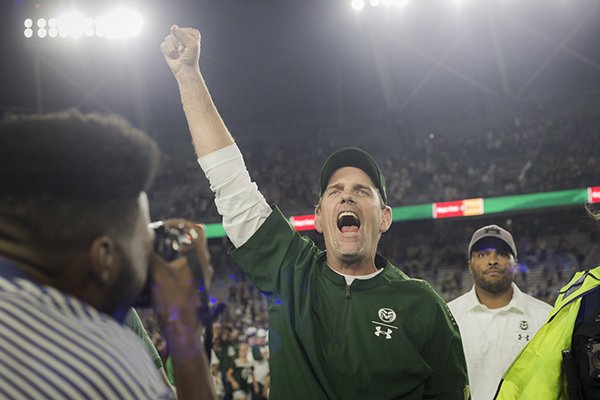 AUBURN, Ala. — Auburn's Bryan Harsin hired former head coaches as his coordinators on Thursday, bringing in Mike Bobo to run the offense and Derek Mason to lead the defense.

He replaces Chad Morris, the former Arkansas head coach who spent one season as the Tigers' offensive coordinator.

“I’ve wanted to work with Mike now for quite some time as he complements the many things we want to do with our offense,” Harsin said. “We are going to be very versatile in what we do and Mike’s offensive background speaks for itself.

“I’m really excited to combine forces with Mike as we create the Auburn offense, a high-powered, attacking and physical unit that will come at you in many ways.”

Bobo led Colorado State to bowl games in each of his first three seasons. His 2017 team set the school record for total yards per game.

Vanderbilt fired Mason after losing the first eight games of his seventh season in 2020. He was just the second coach to lead the Commodores to multiple bowl appearances.

“Derek Mason is one of the best defensive minds in college football and his track record speaks for itself,” Harsin said. “I’ve always admired his ability to prepare his defenses and his approach with players on and off the field is outstanding.

“Having experience as a head coach in the Southeastern Conference is invaluable and he will bring a lot to our program.”

The architect of Stanford’s 3-4 defense, Mason spent four seasons with the Cardinal and was elevated to defensive coordinator in 2011.

The 2013 Stanford defense ranked third nationally in rushing defense, 10th in scoring defense and 16th in total defense. Mason was a finalist for the 2012 Broyles Award, given annually to the nation’s top assistant coach.

That 2012 Stanford team set a school record with 57 sacks and led the Pac-12 in scoring defense, total defense and rushing defense.