Musselman: Iyiola could be cleared in February 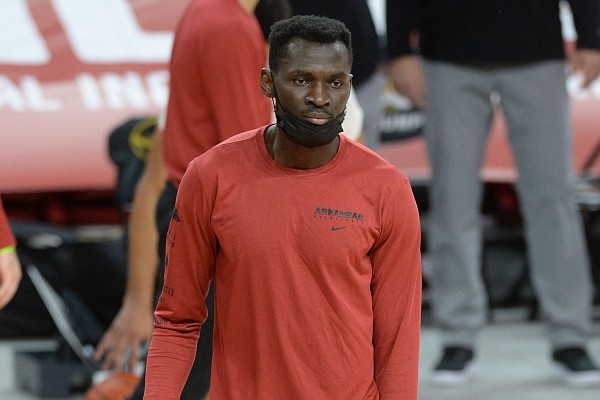 Arkansas forward Abayomi Iyiola is shown during shootaround on Saturday, Jan. 2, 2021, prior the Razorbacks' game against Missouri in Bud Walton Arena.

Iyiola, a transfer from Stetson who sat out the 2019-20 season, has not played this season after suffering a torn ACL last summer prior to the start of team activities. At the time of the injury, Musselman said the 6-9 forward would miss 5-6 months.

“(Iyiola has) just been working really hard,” Musselman said. “You know, optimistically it would be right around now. But he’s still got a few things that the doctor would like (to see) from a strength standpoint. He’s getting close.

“Maybe February, the first week or two in February, is when I think he’ll be cleared.”