UNDER THE RADAR: Atkins’ Kreed Stubbs 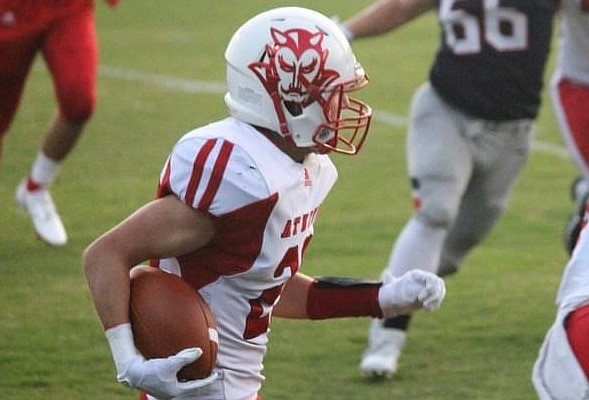 On Wednesdays, we feature an in-state prospect who could be flying under the radar of college coaches. This week's UTR prospect is Atkins’ Kreed Stubbs.

Stats: During his senior season, he made 40 catches for 762 yards, eight touchdowns, eight two-point conversions and one kickoff return for 94 yards. Defensively, finished with 35 tackles and an interception. As a junior, caught 62 passes for 1,413 yards and 24 touchdowns, and recorded 36 tackles and two interceptions.

“First thing that everyone points out is his speed. He has an exceptional amount of speed for a kid coming out of Atkins High School. One of the big things for us to get him in the open field. It was difficult for opponents to catch him.”

“It’s the best I’ve been around as a coach and I’ve been doing this for 14 years. When he gets a crease, he can just go. He can absolutely change a ballgame. He was our punter this year and every punt this year he had the freedom if he knew he could beat a defender to the edge and get the first down, go, and that changed a couple of ballgames this year.

"It was surprising because I kept thinking teams will make an adjustment to this and they're not going to let us do this and I still remember Week 10 him getting a crucial first down against Mayflower because he would roll out to punt and he realized, 'I can get the edge and I’m going to go.'"

“I can’t ever remember him missing a practice. Seventh grade through 12th grade. He even came up here this summer after the covid shutdown and just had his wisdom teeth cut out, and he’s running hills.”