Hardwood-to-gridiron Marshall loads up on offers 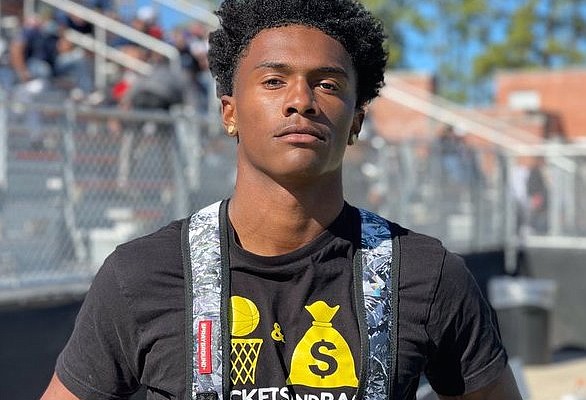 Few prospects have shown up on the radar of college coaches as quickly as receiver Chris Marshall.

In his first year to play football, Marshall accumulated more than 15 scholarship offers after an outstanding junior season. He received his first offer from Houston after only six games.

“He was straight basketball,” said Fort Bend Marshall coach James Williams. “That was his love for a long, long time, and this offseason he decided to play football and give it a shot. He was a natural. Immediately once you saw him out there you knew he was going to be a special kid.

"To see how natural his hands and catching ability are is really special. He can run.”

Marshall had earned offers from Ole Miss, Houston, Western Kentucky and Texas Southern on the hardwood before trying football. He was ranked the No. 230 prospect in the nation by Prep Hoops.

Arkansas freshman quarterback Malik Hornsby inked with the Hogs after leading Fort Bend Marshall to a 25-3 record and a Class 5A state title as a two-year starter.

Marshall recorded 45 catches for 1,009 yards and 18 touchdowns as a junior.

“He’s obviously athletically gifted but his competitiveness is really what sets him apart,” Williams said. “He’s the same way in practice, same way in the game. He always wants the ball in his hands and he’s always open.”

“To say we saw this coming isn’t the truth,” Williams said. “It’s a pleasant surprise for all of us.”