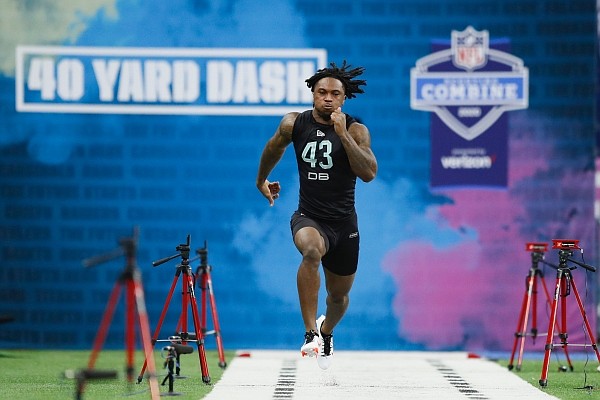 The NFL will not allow in-person workouts for the scouting combine due to health and safety precautions because of covid-19.

The league informed teams Monday that any workouts will take place on the individual pro days on college campuses. Interviews of prospects and psychological testing and assessments will be done virtually.

"We will work with the schools to encourage consistency in testing and drills across pro days and ensure that all clubs have access to video from those workouts, irrespective of whether the club is represented at a particular workout," the NFL told teams in a memo obtained by The Associated Press.

The league is working with club physicians and athletic trainers to obtain comprehensive medical information on each of the invited prospects. The plan will likely involve a combination of virtual interviews by club medical staffs and testing done at labs and medical facilities near the invited prospect's residence.

An in-person examination will take place at one or more designated locations, likely in early April, for a certain number of prospects. Each team will be permitted to send one physician and one athletic trainer to conduct these in-person exams.

Quarterback Feleipe Franks and defensive linemen Jonathan Marshall and Xavier Kelly are among the Razorbacks who have declared for the upcoming NFL draft.