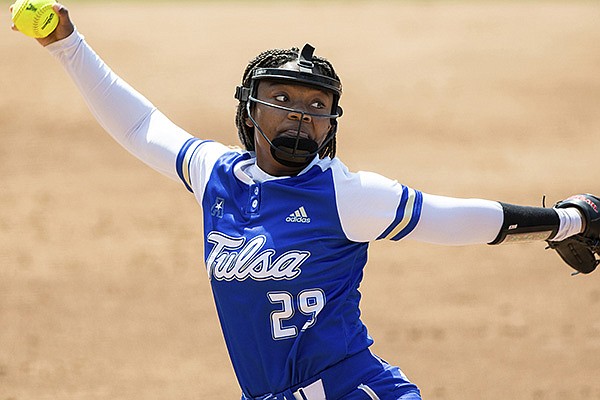 FAYETTEVILLE — Chenise Delce, a two-way softball player from Tulsa, will transfer to Arkansas for the 2022 season.

Delce will have two seasons of eligibility remaining with the Razorbacks. She played during three seasons at Tulsa, but was granted an extra year of eligibility due to the cancelation of the 2020 season.

Delce was 8-6 with a 3.30 ERA in 19 appearances this year and was voted first-team All-American Athletic Conference as a pitcher. As a designated hitter, Delce batted .296 with 20 RBI this year.

She pitched twice against Arkansas as a freshman, including at the NCAA Stillwater Regional when the Golden Hurricane defeated the Razorbacks 5-0. Delce threw seven scoreless innings and struck out nine during the postseason meeting.

Delce was a two-time state champion at Carl Albert High School in Oklahoma City. As a senior she was named the city's big school player of the year by The Oklahoman newspaper.