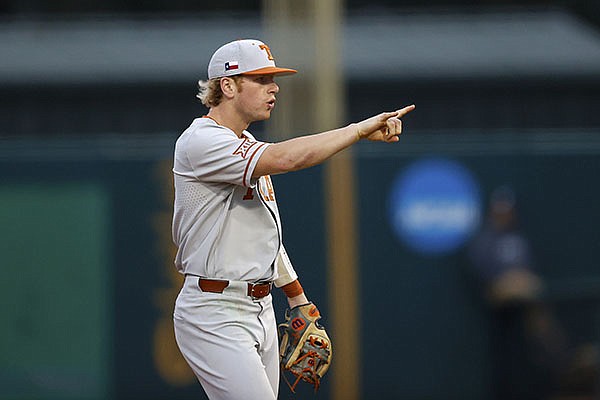 FAYETTEVILLE — Brenden Dixon, a junior college infielder who committed to Arkansas earlier this year, plans to turn pro after being drafted this week.

Dixon, of Weatherford (Texas) College, said he will sign with the Pittsburgh Pirates, who selected him in the 20th round of the MLB Draft on Tuesday.

"After a long few days, one of my lifelong dreams came true. With that being said, I have decided to forego my time at Arkansas, and sign with the Pittsburgh Pirates," Dixon tweeted Tuesday. "Thank you to everyone who has helped me along this journey, and can’t wait to get to work."

Dixon transferred to Weatherford after playing his freshman season at Texas. He started nine games at second base for the Longhorns during the shortened 2020 season.

Dixon had a .335 batting average with 10 home runs and 39 RBI in his only season at Weatherford.

Dixon is the first of Arkansas' six drafted signees who have publicly said they will sign professionally.

Outfielder Braylon Bishop of Texarkana and shortstop Drake Varnado of Port Neches, Texas, have said they intend to play for the Razorbacks. Bishop was drafted by the Pirates in the 14th round and Varnado was drafted by the Arizona Diamondbacks in the 17th round.