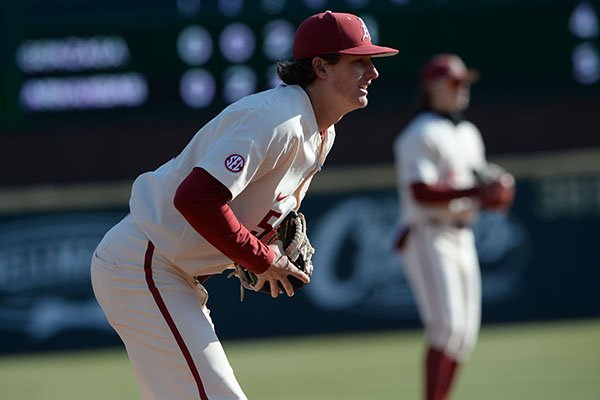 Arkansas third baseman Jacob Nesbit is shown during a game against Gonzaga on Thursday, Feb. 20, 2020, in Fayetteville.

Nesbit, who has eligibility remaining, announced via Twitter on Wednesday that he will spend the next year as a graduate assistant in the Razorbacks' athletics department.

Nesbit was Arkansas' everyday third baseman as a redshirt freshman in 2019 and 2020, but relinquished the starting job this year after an early-season position battle with Cullen Smith. Nesbit started 19 games this year, but was often a late game defensive replacement and played in 43 games.

He struggled offensively and finished the year batting .205. He hit two home runs and had 14 RBI.

Nesbit played in 118 games and started 96 times during his college career.