Hogs to play K-State in Hall of Fame Classic 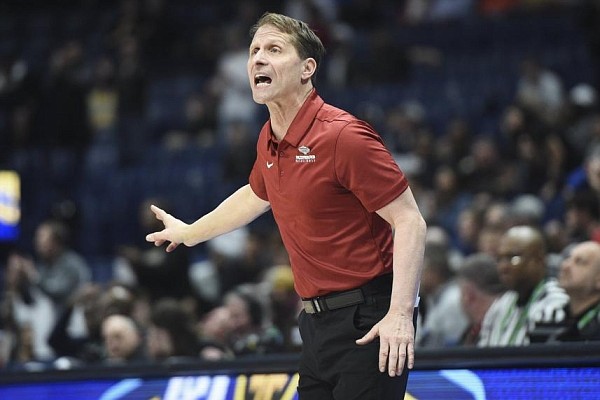 FAYETTEVILLE — Arkansas’ first matchup in the 2021 Hall of Fame Classic is set.

The Razorbacks, coming off a 25-7 season and run to the Elite 8 of the NCAA Tournament, will face Kansas State on Nov. 22 at T-Mobile Center in Kansas City, it was announced Thursday. Tipoff is set for 8 p.m. on ESPN2.

Arkansas will play Illinois or Cincinnati on Nov. 23 in its second and final game at the event.

The Razorbacks are 3-8 against Kansas State dating back to 1946, and the programs have not played since the 1991-92 season, when No. 19 Arkansas defeated the Wildcats 70-59 in Manhattan, Kan. Kansas State has won all five games against the Razorbacks on a neutral floor.

What to know about Illinois

Coached by Brad Underwood, the Fighting Illini finished the 2020-21 season 24-7 overall and won the Big Ten Conference Tournament championship. A 1 seed in the NCAA Tournament, Illinois lost 71-58 to Loyola Chicago in the round of 32.

Illinois received big news Friday, learning that 7-1 forward Kofi Cockburn is returning for the 2021-22 season. An All-Big Ten first-team selection and second-team All-American in 2020-21, he withdrew his name from the upcoming NBA Draft and entered the NCAA transfer portal this summer.

One of the most physically imposing players in college basketball, Cockburn averaged 17.7 points on 65.4% shooting, 9.5 rebounds and 1.3 blocks per game last season for the Fighting Illini. He was the No. 1 pick-and-roll finisher in the nation last season, according to Synergy, and had 78 dunks.

Illinois is also returning talented guards Trent Frazier, Andre Curbelo and Da’Monte Williams. A senior, Frazier averaged 10.2 points and led the team in three-pointers made (55) and steals (39). Curbelo, a 6-1 sophomore, added 9.1 points and finished second on the team with 129 assists.

What to know about Cincinnati

Cincinnati finished last season 12-11 overall and 8-6 in American Athletic Conference play. On April 14, the program hired Wes Miller as its head coach to replace John Brannen, who was fired after two seasons.

The Bearcats will return three of their top four scorers from a season ago, including 6-7 guard Jeremiah Davenport, 6-0 guard David DeJulius and 6-3 guard Mika Adams-Woods. Davenport averaged 14.3 points, shot 37.8% from three-point range on 127 attempts and grabbed 5.0 rebounds per game last season.

DeJulius added 9.1 points, 4.5 rebounds and finished with a team-high 80 assists, and Adams-Woods pitched in 8.6 points per game.