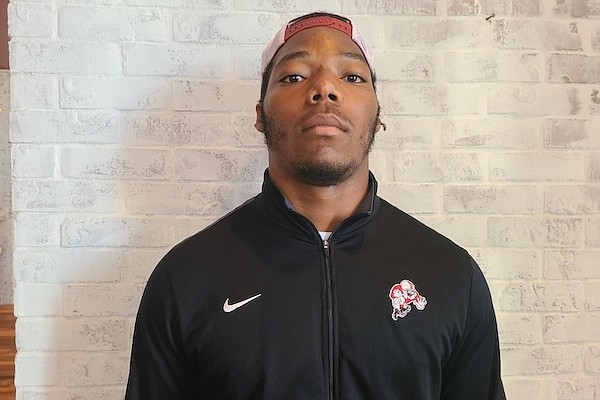 It’s doubtful University of Arkansas linebacker commitment Mani Powell will find many obstacles in life more challenging than what he’s faced so far in his 18 years.

At the age of 7, Powell had to deal with the unexpected death of his father. That left his mother as the sole provider for him and his three siblings.

“Once my father passed away, there was a lot of family that became distant and fell off from us,” Powell said. “There were still a few people around, but we didn’t really have a family.”

Powell saw his mother, Shaunta Michael, show extraordinary strength while being a single mom and dealing with the challenges that go with it.

“My mom was super alone. She was by herself raising four kids,” Powell said. “It helped me develop the drive I have for her because I saw her struggle. I saw her cry. I saw her stand back up every time she got knocked down. She kept striving for us.

“She had four kids leaning on her and she didn’t have anybody to lean on.”

Powell, who plays for McKinley High School in Canton, Ohio, sees his mother as motivation.

According to fatherhood.org, the U.S.Census Bureau reports 18.3 million children, or 1 in 4, live without a biological, step or adoptive father in the home.

Powell misses not having his dad to lean on, and the guidance and wisdom he believes only a father can provide.

“I feel like I missed out on a lot of things fathers are supposed to be there for,” Powell said. “Not that my mom didn’t want to be there for those things. It’s just that it’s meant for a father-son thing.

He believes having a mother and father helps children’s development.

“Boys can’t get everything from moms or dads,” he said. “It’s a joint thing. Boys and girls, actually.”

Powell said he has limited memories of their time together.

“I have a very, very hard time remembering things, and I think it came from that tragedy at such a young age,” Powell said. “It made me not want to remember a lot of stuff because I can’t remember anything with my dad.”

Powell does remember his father’s fondness for birthdays.

“I would leave with my mom to go get a small cake, and I would come back and my dad had a whole party set up,” he said.

The loss of his father and the adversity that followed brought his family closer.

He said he and his siblings are “super overprotective” of their mother.

Powell is determined to be a good father to his children one day.