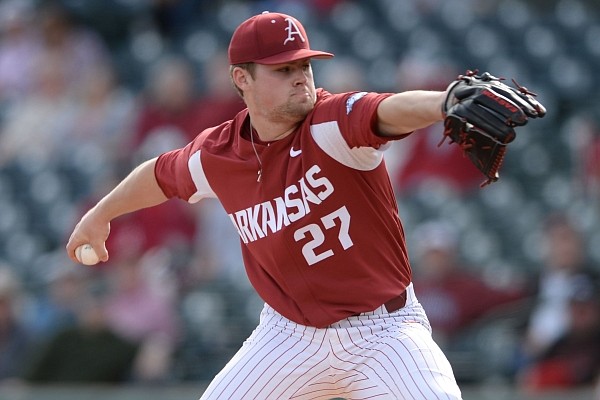 Arkansas starter Blake Adams delivers to the plate Tuesday, March 3, 2020, against Illinois State during the first inning of the Razorbacks' 8-7 loss at Baum-Walker Stadium in Fayetteville.

Adams, a standout at Springdale Har-Ber prior to his time with the Razorbacks, has committed to Kansas State, according to a post to his Twitter account.

“I’m excited for what the future holds!” Adams wrote. “With that being said I’m excited to continue my collegiate career at Kansas State University! Go cats!”

During the shortened 2020 season, the right hander made four appearances, including two starts, and recorded a 9.95 ERA in 6 1/3 innings.