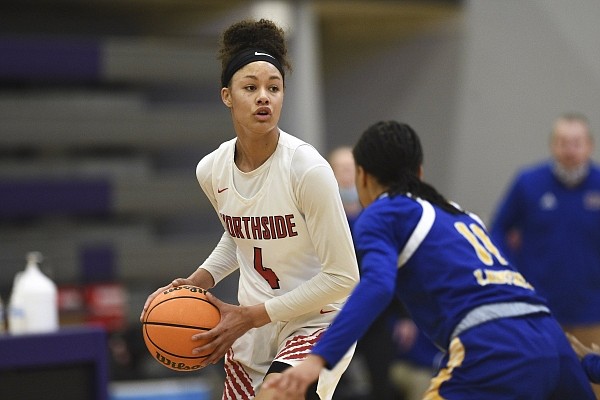 Arkansas freshman guard Jersey Wolfenbarger has been selected as one of 12 players on the USA basketball team headed to Debrecen, Hungary, for the FIBA U19 World Cup.

Wolfenbarger, 6-6, along with Amari DeBerry and Lauren Ware, earned one of the three final roster spots. Team USA will open training camp Wednesday in Washington, D.C.

“Let’s put this into perspective,” Arkansas coach Mike Neighbors said in a release. “Over half of NCAA freshmen were eligible for selection. Ninety percent of incoming freshman from all 50 states were eligible for selection, and after a comprehensive tryout process, Jersey earned one of only 12 spots on the team that will represent the United States in the U19 World Cup. Let that sink in.

"We are all so proud of Jersey. It’s going to be fun following her and the team as they go for gold.”

She is Arkansas’ first McDonald’s All-American signee since 2016. Wolfenbarger also earned Arkansas player of the year honors from the Arkansas Democrat-Gazette, Gatorade, MaxPreps and the Arkansas Basketball Coaches Association.

ESPN rated her the No. 7 overall prospect in the nation for the 2021 class.

Last season, Wolfenbarger led Fort Smith Northside to a second straight state title and a 26-2 record. She averaged 19 points, 8.8 rebounds, 3.4 assists and 1.7 blocks as a senior.