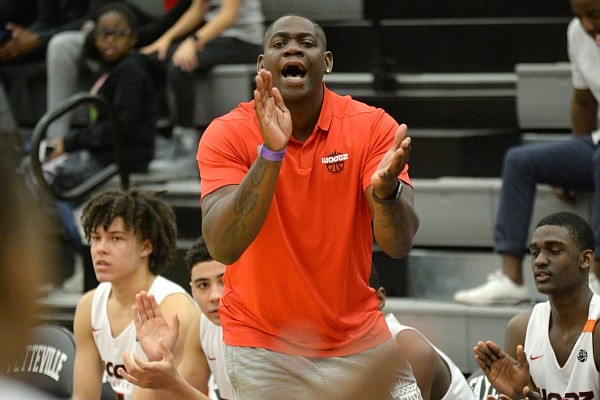 Brewer, who will serve as a recruiting coordinator, has been an assistant boys coach at Fayetteville High School and the coach of the 16-Under Woodz Elite team. He is replacing Pat Ackerman, who said he is moving on from coaching and will move back to his native Michigan with his wife, Victoria.

He declared for the 2006 NBA Draft after his junior season with the Razorbacks and was a first-round pick of the Utah Jazz. Brewer also played for Chicago, New York, Houston, Oklahoma City and Memphis.

Brewer was named Mr. Basketball in Arkansas as a senior in 2003 after averaging 25 points, 9 rebounds and 6 assists per game. He was a two-time All-SEC selection at Arkansas.

His father, Ron Brewer, was one of the famed Triplets and played under Hall of Fame coach Eddie Sutton.

The Razorbacks have also hired Jon Blake, a Springdale native and Arkansas alum, as an assistant director for basketball operations. He was most recently the associate director of football operations at Southern Cal.

Blake also served in the video operations department for Razorbacks football in 2014 and was a graduate assistant in football operations at Arkansas from 2016-18.