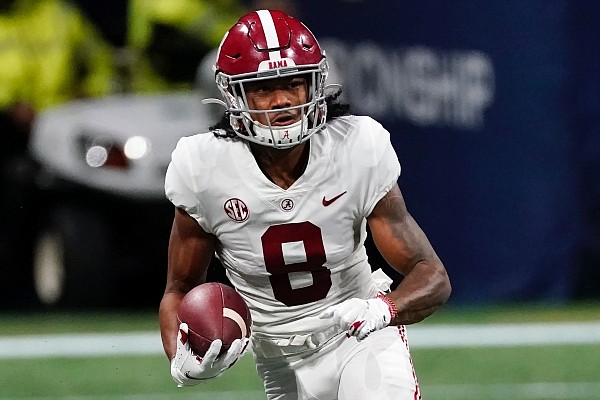 The sixth in a series previewing SEC football in 2021

HOOVER, Ala. — When Nick Saban rejoined the SEC at Alabama in the summer of 2007, his SEC West peers at the time were Arkansans such as Houston Nutt and Tommy Tuberville, Sylvester Croom, Ed Orgeron and Saban’s replacement at LSU, Les Miles, who would be replaced by Orgeron.

Saban will start his 15th season at Alabama this year, and the regimes of his 2007 contemporaries feel like distant memories.

The coaching churn since Saban’s return to the league includes five different coaches at the University of Arkansas and Ole Miss, four at Mississippi State, three at Auburn, two at LSU and two at Texas A&M, which joined the SEC in 2012.

Only a handful of occasions have those SEC West teams risen to the point of challenging Saban and Alabama over the past 14 seasons.

Alabama at a glance

SEC West title scenario The Crimson Tide have more new starters than in most seasons, and a new offensive coordinator and starting quarterback, so there’s some vulnerability. However, Alabama has overcome this much turnover before, and the defense is expected to be stout.

Auburn beat the Tide in 2010 en route to the BCS national championship with Cam Newton running Gus Malzahn’s offense. The Tigers upset Alabama in monumental fashion with the famous “Kick Six” field goal return in 2013 and went on to lose the final BCS title game to Florida State.

Ole Miss notched back-to-back shootout wins over Alabama in 2014 and 2015 under Hugh Freeze, instituting a seed change in how Saban wanted to run his offense.

Texas A&M and Johnny Manziel pulled off an upset of the Crimson Tide in 2012 in a wild 29-24 game in Tuscaloosa, Ala. The Aggies haven’t won a game in the series since.

Nobody from the SEC East has beaten Saban’s Tide since Steve Spurrier’s South Carolina Gamecocks in 2010.

Saban won his sixth national title at Alabama last year, going 13-0 to navigate through the pandemic season better than anyone in the country.

Alabama enters the fall as the favorite to win the SEC again, and the Tide likely will be the consensus No. 1 team as well.

What else is new?

Despite a revolving door at the coordinator spots, an ever-changing cast of 5-star and 4-star talent, early entries to the NFL Draft and being circled on the calendar of every team they face, the Crimson Tide just keep winning.

“When you lose some of those players — and we lost six first-round draft picks and 10 guys overall in the draft — and you lose some of those coaches to better opportunities, the challenge is you’ve got to rebuild with a lot of new players who will be younger, have new roles, less experience and how do they respond to these new roles?” Saban said at SEC Media Days last week. “That’s why rebuilding is a tremendous challenge. That’s why it’s very difficult to repeat.”

“It definitely happens because of all the work we put in, how committed we are and the sacrifices we make in the offseason,” Metchie said. “I think that’s why the results continue to look the same. I definitely think it’s because of the atmosphere and the culture and just the standard of the guys buying in.”

Defensive tackle Phidarian Mathis attributed Alabama’s long-running success to “our hard work and dedication to the game, going out, not taking anything for granted, showing up on time. It starts with the little things.”

The balance of personnel losses is heavily weighted to the offense this season. Alabama will be without Heisman Trophy winning receiver DeVonta Smith, and Heisman finalists in quarterback Mac Jones and tailback Najee Harris. Those three and receiver Jaylen Waddle, left tackle Alex Leatherwood and cornerback Patrick Surtain II were all taken among the first 24 picks in the draft.

Saban said new offensive coordinator Bill O’Brien, coming off a seven-year stint as head coach of the Houston Texans, will fit in nicely.

“Bill has certainly added to that in a positive way, and we’ll probably continue to make some changes. But from a terminology standpoint, from a player standpoint in our building, our offense was very, very productive, and we want to continue to run the same type of offense and feature the players that we have who are playmakers … and I think Bill will do a good job of that.”

The Alabama defense? Stacked yet again.

Eight starters return on that side of the ball, plus graduate transfer linebacker Henry To’o To’o, one of the best players on Tennessee’s roster last season.

Up front, DJ Dale and Justin Eboigbe are back and Mathis is so well regarded he attended SEC Media Days with Saban and Metchie. Emerging stars Malachi Moore, Josh Jobe and Jordan Battle stand out in the secondary.

The Tide have a challenging early schedule with a meeting against Miami (Fla.) in the Chick-fil-A Kickoff Classic on Sept. 4, and a road date at defending SEC East champion Florida to open league play on Sept. 18.

It’s nothing the program hasn’t seen before under Saban.