Mizzou AD steps down, will remain until successor found 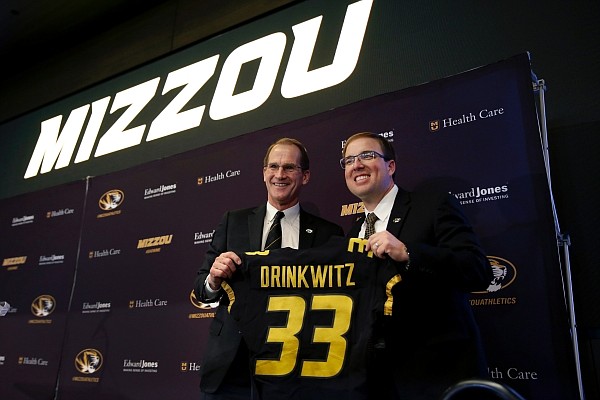 The University of Missouri will have a new athletic boss.

Athletic director Jim Sterk is stepping down after reaching an agreement to part ways with the state's flagship institution.

Sterk, 65, will stay on through the search process while a successor is found, according to a Monday afternoon news release from the school.

The news comes on the same day that former fellow Big 12 Conference members Texas and Oklahoma officially announced that they'd begun the process for exiting the Big 12, presumably bound for the SEC — the same conference Mizzou now occupies 10 years after leaving the Big 12.

"We are grateful for the dedicated leadership Jim has provided over the last five years to position Mizzou for even greater success," University of Missouri president Mun Choi said in the release. "We recognize his many contributions and appreciate his continued role as we search for the next leader of Mizzou Athletics.

"We now begin a national search for a visionary athletics director who will develop a strategic plan for Mizzou to achieve exceptional success in the SEC and to navigate a bold path in the rapidly evolving world of collegiate athletics."

Sterk was the 20th athletic director in Mizzou's history. He succeeded Mack Rhoades in 2016. Sterk was hired from San Diego State and previously served as AD at Washington State and Portland State.

During Sterk's time at Mizzou, the athletic program made progress in new facilities, fundraising and increased academic and athletic success..

"I am grateful for the hard work of our amazing staff, coaches and student-athletes, as well as the generous support of our alumni and friends during my tenure as athletics director. I believe that Mizzou Athletics is well positioned for future success, and I wish our coaches and student-athletes well in their continued quest for academic and athletic excellence. MIZ."