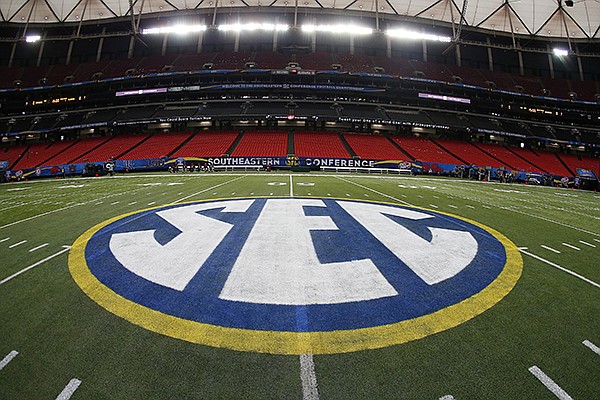 In the days and weeks to come, there will be great speculation and discussion about Texas and Oklahoma joining the SEC.

It will be years before we know how it affects teams such as the University of Arkansas.

Going on past behavior, the SEC will put the Arkansas Razorbacks in a pod with Texas, Oklahoma and Missouri.

While it would be great to get a breather from Alabama every year, trading the Tide for the Longhorns and Sooners doesn’t seem like a great deal for Arkansas.

Sure, it would be fun to have the burnt orange back on a regular basis, but in case the SEC front office missed it, the Sooners are a top-five football program.

Again, it will take several seasons to see the long-term effects.

There seems to be little doubt the Horns and Sooners are coming to the SEC after they notified the Big 12 on Monday that they are not renewing their contracts with the conference.

On Thursday, the Big 12 had a conference meeting. Everyone was invited, and everyone but UT and OU showed up.

A source said the talks between Texas and the SEC started more than a year ago. Oklahoma was part of the plan, but the Sooners weren’t invited to the party until Texas had its private meetings.

Move over Alabama, there’s another power broker coming to play.

The mover and shaker behind it is Kevin Eltife, a multimillionaire who is the chairman of the UT System board of regents.

He’s also a former Texas state senator, which leads you to believe that he had some feel for the political backlash of the state’s largest university leaving a conference that includes Texas Tech, TCU and Baylor.

No one knows what will happen to those schools or the Big 12. If the Longhorns and Sooners leave before the current contract expires, they each will owe the Big 12 about $76 million. That’s based on them playing in the SEC in 2023 and having two years left on their contracts with the Big 12.

However, Texas and Oklahoma are not poor schools, and if the Big 12 goes belly-up without those schools, who would they have to pay?

Eltife didn’t get to where he is in a power-crazed state such as Texas without knowing the lay of the land. He led the effort to get rid of Tom Herman as football head coach.

The most concerned program right now is Texas A&M. Being the only SEC school in the Lone Star State paid huge recruiting dividends for the Aggies.

They quietly will fight the additions, but most likely they won’t garner the two other SEC school votes needed to block the move.

Ironically, John Sharp — chancellor of the Texas A&M system — is an Aggie grad, but his deceased wife and both of his daughters went to Texas.

Apparently the Aggies were promised in 2011 this would never happen when they negotiated the move with the late, great SEC Commissioner Mike Slive. There is an unwritten gentleman’s agreement among the 14 current SEC members that no additions can be made from a state that already has an SEC school.

The key word is unwritten.

Until it is official that the Horns and Sooners are joining the SEC, there will be much discussion because this permanently changes the landscape of college football.

The Pac-12, ACC and Big Ten are already scrambling. The problem is that outside of Notre Dame, there are no bigger names in football than Texas and Oklahoma who are willing to make a move.

Sam Pittman already had a tough job, and it will get tougher when the Longhorns and Sooners join the SEC.