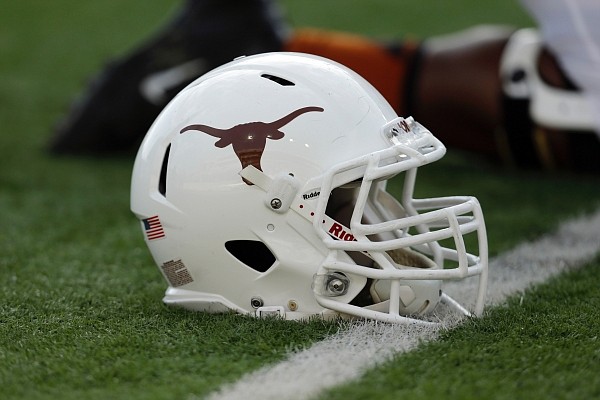 Over the last week, we’ve heard or listened to a multitude of fans, writers and broadcasters offer up their thoughts on Oklahoma and Texas’ quest to enter the SEC.

For the record, I’m all for it and the new narratives it brings to the table, but I’m far more interested in what future Razorbacks think about it.

So I took the early part of this week to contact Arkansas’ 2022 football pledges and get their takes on the move.

It is a class that has 16 commits and is ranked 20th nationally – seventh in the SEC - by 247 Sports composite rankings that also include Rivals and ESPN.

Most of them said a version of, "Bring it on," including former Dewitt and current Clarendon tight end Dax Courtney (6-6, 212), one of many prospects Arkansas will host for its annual recruiting picnic on Saturday.

“I actually don’t have the common answer that most of everyone has had on social media,” Courtney said. “I’m very excited about it. I honestly believe that Arkansas will be one of the best, if not the best team in the country in the next few years.

“With OU and Texas coming in, I feel like it will do nothing but help us recruiting-wise. If we beat them, we’ll get even more kids from their state. If we don’t beat them, we’ll be getting kids like we have this year.

“I feel like it is a win-win for Arkansas.”

“It is what it is,”Henderson said. “Whoever lines up against us is the task at hand, but I think it’ll be a rude awakening. The grass ain’t always greener.”

Henderson, who committed to Arkansas sight unseen and has since visited unofficially and fallen in love with Fayetteville, then punctuated his thoughts by texting a picture of Brandon Allen doing the horns down sign in the Razorbacks’ 31-7 win over the Longhorns in the 2014 Texas Bowl.

Clarendon wide receiver Quincey McAdoo (6-3, 180) is confident Arkansas will handle its business against the newcomers.

“I like the fact that two good teams are coming into the SEC,” McAdoo said. “I feel it will be more competition and even a greater feeling when the Hogs win it.”

“They’re great competition, always produce great athletes,” Chamblee said, “but they are in a big-dog conference now, so we’ll see what they have to offer.”

Greenland defensive end JJ Hollingsworth (6-4, 250) wasn’t even born when Arkansas-Texas was a yearly game, but knows the history. The two teams are scheduled to meet in a nonconference matchup on Sept. 11 in Fayetteville.

“I am pretty excited about it, just because I think it will bring a pretty big rivalry back to our state,” Hollingsworth said.

“I think it is kind of unbelievable they let those teams just up and move conferences, but other than that I think it’ll definitely make the SEC more exciting and definitely make it more competitive,” Jointer said.

Memphis Christian offensive lineman Patrick Kutas (6-5, 290) wants to keep the SEC’s two divisions rather than have four pods of teams.

“I think the way the SEC is run right now is great with the East and the West,” Kutas said. “I don’t like the four-pod idea they proposed. I think that is too difficult.

“But Texas and OU would probably enhance the SEC recruiting and revenue, which is good.”

“Texas and OU can join if they want to,” Washington said. “It’s the SEC for a reason. They will figure that out.”