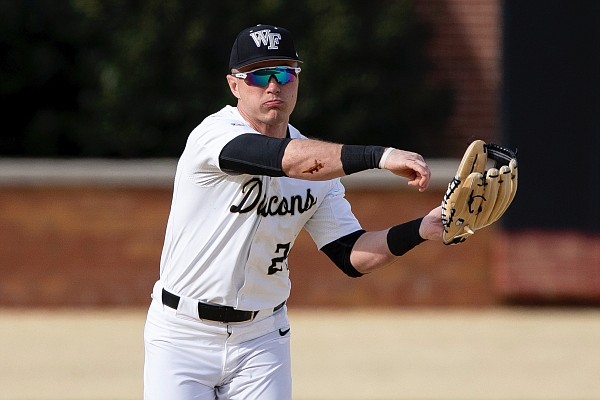 Arkansas has picked up a commitment from Wake Forest transfer and outfielder Chris Lanzilli.

"Simply, I just want to win a national championship," Lanzilli said. "The team is filled with talented and motivated players. Also, the coaches are the best in the country and have the formula to win."

Lanzilli is ready to be a Razorback.

"I’m so pumped to be a Hog and will be working my butt off for Hog nation," he said.

Lanzilli was drafted by San Francisco Giants in the 39th round, No. 1,116 overall in the 2019 Major League Baseball Draft but did not sign. He attended Dexter School in Stoneham, Mass., and was rated the No. 356 prospect in the nation by Perfect Game.

He was also the 19th-rated third baseman nationally and the No. 5 prospect in Massachusetts.