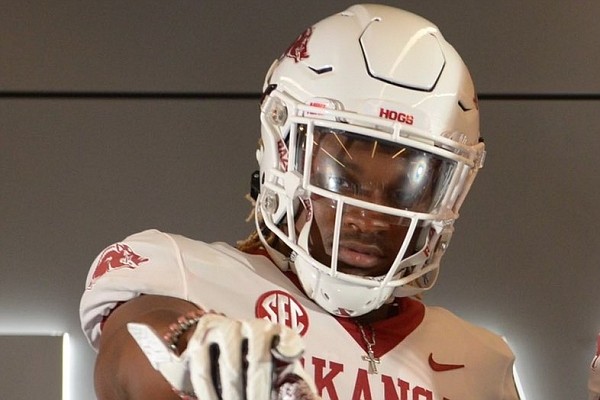 Arkansas tight end target Tyrus Washington said his official visit to Fayetteville has boosted the Razorbacks' chances to land him.

"Boosted it a lot. Boosted it real good,” Washington said.

“Not like the big city,” he said. “You can drive any way you want without getting into traffic. It's out in the open. It's just better. I don't like being in traffic, big buildings and all of that. I don't like that type of stuff.”

Assistant coach Cody Kennedy has been recruiting Washington as the tight ends coach, but now has been named offensive line coach after Brad Davis' departure to LSU.

"He was cool. I liked him,” Washington said. “But it's always next man up. Whoever comes in, I'm pretty sure he's going to bring in somebody great, so it's all going to be OK.”

Washington has not been told who the new tight ends coach might be, but he thinks a coach will be named soon.

"Not yet, but (Pittman) probably will today,” Washington said.

Seeing the football stadium was the highlight of the trip.

“It’s bigger and better than I imagined, really, most of the places," he said.

He plans to officially visit Central Florida next weekend.

"Then I've got Cincinnati and then Kansas State,” said Washington, who plans to announce his decision on July 7.