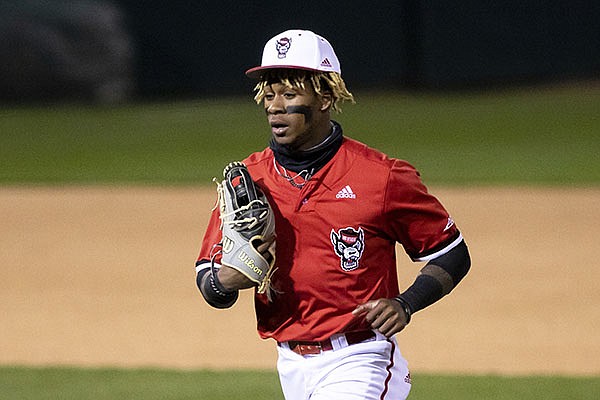 The Wolfpack (33-17) won all three games at the Ruston (La.) Regional to advance to the supers for the first time since 2013.

NC State defeated Alabama 8-1 and Louisiana Tech by scores of 8-3 and 14-7 to win the regional. The Wolfpack made the NCAA Tournament as an at-large selection after losing 1-0 to Duke in the championship game of the ACC Tournament.

Few teams played as well as NC State down the stretch this year. The Wolfpack won 21 of their final 25 regular-season games and won crucial ACC series over Pittsburgh and Florida State to end the season.

NC State went 2-2 at the ACC Tournament with wins over Pitt and Georgia Tech, and losses to North Carolina and Duke.

Along with Notre Dame, NC State is one of two ACC teams that have advanced to the super regionals. Five ACC teams were eliminated in the regionals and Virginia will resume its regional championship matchup against Old Dominion on Tuesday.

Here is more to know about the Wolfpack:

Expectations were high coming into the season. NC State was ranked 12th in the preseason USA Today Baseball Coaches poll and was picked to finish second behind Louisville in the ACC Atlantic Division.

But the Wolfpack stumbled to a 1-8 start in ACC play after they were swept by Georgia Tech and Louisville, and lost two of three against Miami — all at home.

NC State also had several early-season games canceled due to covid-19 testing. The Wolfpack’s season-opening series against Virginia Military Institute was not played due to virus protocol at VMI, and NC State had a series against Duke and a midweek game against Coastal Carolina canceled in mid-March due to covid-19 protocols within its own program.

The three losses at Louisville — by a combined score of 27-7 — followed the pause in team activities. Since then the Wolfpack have a record of 29-8.

NC State began to turn things around in late March when it won five consecutive games, including a series sweep at North Carolina. The Wolfpack only lost two other series the rest of the season — at home against Clemson and at Notre Dame.

NC State dropped a 3-2 decision to the Fighting Irish in the opening game of the series, then split the final two games. The Wolfpack finished second to Notre Dame in the ACC standings.

Good on the road

NC State has not played in front of crowds as big as it will see in Fayetteville this week, but it has been a good road team.

The Wolfpack have a 19-3 record in games played at their opponents’ home ballpark. That includes the two wins last week at Louisiana Tech in games that were officially counted as neutral-site wins.

NC State’s only road series loss came at Notre Dame on April 16-18. The Wolfpack's only other road loss was a 14-11 decision at Wake Forest on May 1.

Arkansas enters the super regional with a 29-6 home record.

Elliott Avent is in his 25th season as head coach of the Wolfpack.

Avent, 65, succeeded Ray Tanner as the NC State coach after Tanner left for South Carolina following the 1996 season. Avent was an assistant to Tanner for one season at NC State, then spent eight seasons as head coach at New Mexico State from 1989-96.

Avent has a 1,146-761 record in 33 seasons as a head coach, which ranks sixth among active coaches following the recent retirement of Mike Sansing at Kennesaw State. Avent will move up another spot after LSU coach Paul Mainieri's career ends at the end of the Tigers' season.

Arkansas coach Dave Van Horn ranks seventh among active coaches with 1,120 victories that are recognized by the NCAA. Van Horn’s 214 victories as a junior college coach in Texarkana are not reflected in the NCAA totals.

This will be the first on-field matchup between teams coached by Avent and Van Horn.

Together they power one of the best hitting teams remaining in the postseason field. The Wolfpack hit .291 and their 83 home runs rank 14th nationally.

Tresh, a catcher, did not make the All-ACC team, but he might be a first-round pick in the upcoming MLB Draft. Baseball America rates him the 24th-best prospect in the draft and the third-best college catcher.

Right hander Reid Johnston has been NC State’s most effective starting pitcher, lasting into at least the seventh inning of his last 10 starts.

Johnston was not a starter early in the season, but worked his way into the rotation after the Wolfpack's poor start. Johnston was a Freshman All-American in 2018.

NC State’s top reliever is left hander Evan Justice, an innings eater who began the season as a starter. Justice has 10 saves since he transitioned to the bullpen in late March.

Justice has pitched at least three innings of relief in four appearances, including his most recent outing in Game 2 of the Ruston Regional when he pitched 3 2/3 innings against Louisiana Tech. Justice allowed 3 runs against the Bulldogs. Before that he had thrown scoreless relief in five of his previous six outings.

Justice has a 4.47 ERA this season, but the ERA falls to 2.36 when only relief appearances are factored. Opponents hit .200 against him.

His father, Terrance, was a running back on the Razorbacks’ football team from 1982-85, and his older brother Terry was a redshirt baseball player at Arkansas in 2013.

Terrance Tatum grew up in Little Rock and set the Mills High School rushing record with 2,967 yards. He was a backup running back on teams coached by Lou Holtz and Ken Hatfield, and accounted for 300 yards from scrimmage and scored one touchdown during his career.

Tatum was 6 for 11 with 2 walks, 2 runs scored and 2 RBI during the Wolfpack’s regional at Louisiana Tech.

CORRECTION: A previous version of this story incorrectly listed how many ACC teams had been eliminated.