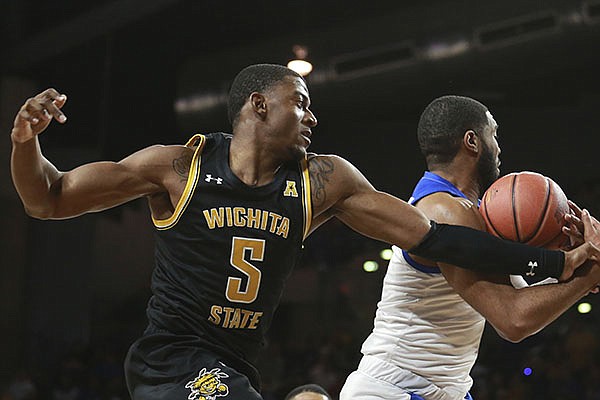 “I got the call from Coach Musselman and we talked it out and I like the staff he put together and the strong run they had last year,” Wade said. “He understands it’s my last year and the things I want to accomplish as a player, and I just feel like he can get those things done for me. It’s a win-win for me.

"I have some winning experience, so I’m just trying to fill in a spot where we can compete again and be back in that same position they were in last year.”

He reportedly had interest from Vanderbilt, Penn State, Xavier, Cincinnati, Minnesota, Georgia Tech, Western Kentucky and other programs. He entered the NCAA transfer portal in late March and later committed to Nevada, but re-opened his recruitment because of a family illness.

A grad transfer, Wade had a career-high 23 points while hitting four of five threes in a win at Tulane.

“I’m just a winning player,” Wade said. “I try to make winning plays. I try and do all the right things on the court. At the end of the day, I’m more focused on the team success more than anything, so every game I’m locked in and dialed in on a win.”

He played at South Cobb High School in Austell, Ga., before starting his career at Texas-El Paso, where he averaged 7.2 points and 4.2 rebounds as a redshirt freshman while making 6 starts in 25 games.

Wade was recruited by former Arkansas coach Mike Anderson out of high school.

“I’ve been up there on campus. It was probably back in 2015,” Wade said. “I kind of loved the campus back then, so it’s kind of like everything came full circle.”

He transferred to South Plains College in Texas for his sophomore season and was named All-Region and All-Conference after starting 34 games and averaging 13.4 points and 6.9 rebounds.

Wade helped the Texans to a 29-9 record and No. 2 national ranking. He was rated the No. 23 junior college recruit in the class of 2019 by jucorecruiting.com.

He joins transfers Jaxson Robinson, Stanley Umede, Au’Diese Toney and Chris Lykes on the Arkansas roster. Kamani Johnson, who transferred to Fayetteville from Arkansas-Little Rock, enrolled in January for the second semester.