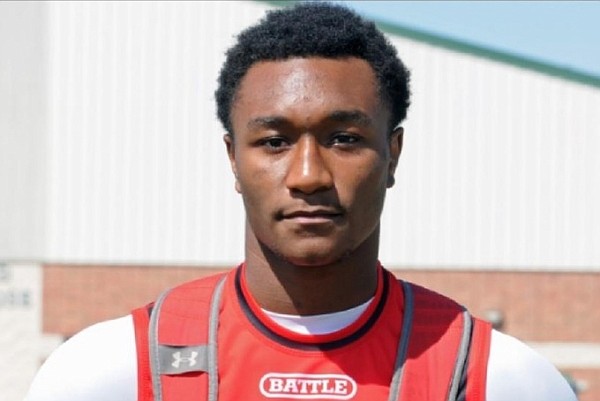 He is the 12th in-state prospect to receive a scholarship from the Razorbacks in the 2022 class.

“It’s a very big offer for me because at first, I’m not going to lie, I didn’t think they were going to pull the trigger and offer me,” White said. “When I was younger, I used to want to play for the Razorbacks.”

“I’m not sure when, but I know I’m looking to set up one,” White said.

Parkview quarterback Landon Rogers and tight end Erin Outley signed with the Razorbacks in the 2021 class, and running back James Jointer is committed to Arkansas for 2022.

“Now everyone is thinking I’m going to commit there and I’m feeling that way,” he said.

“Jaylon loves working to get better. He loves the weight room,” Patriots coach Brad Bolding said. “He’s physical and loves contact. Definitely a hybrid player at the next level that could put on weight to play linebacker or stay and play boundary safety or down safety in a 4-2-5 scheme.

“His best ball is definitely ahead of him. He’s no doubt an FBS, Power 5 football player.”