Arkansas not favorites at national meet 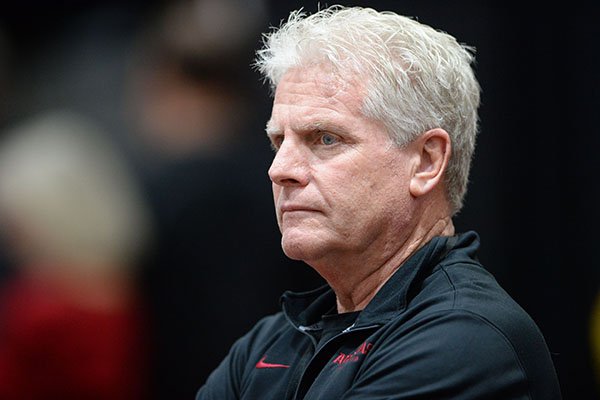 FAYETTEVILLE — Ten weeks after competing in the first meet held at Oregon’s new Hayward Field, the University of Arkansas men’s and women’s track and field teams are back in Eugene, Ore., for the NCAA Outdoor Championships.

The Razorbacks’ No. 18-ranked men’s team opens competition today and the No. 5 women’s team starts on Thursday. Men’s events will be concluded Friday night with the women’s events going Saturday night.

“This is going to be an incredibly tough meet with the sixth-year covid athletes in there,” Arkansas men’s Coach Chris Bucknam said of some athletes taking advantage of extra eligibility because of the coronavirus pandemic canceling last year’s outdoor season. “It’s as tough as I’ve ever seen it. We are really going to have to be dialed [in].”

WHEN Today through Saturday

Track & Field News projects LSU to win the men’s team title with 85 points and Oregon to be second with 53.

Arkansas is picked to finish 24th with 11 points.

Arkansas has 14 athletes with nine entries in seven events, including the 400-meter and 1,600 relays.

The Razorbacks will be led by Markus Ballengee and Daniel Spejcher in the decathlon, Phillip Lemonious and Carl Elliott in the 110-meter hurdles, Amon Kemboi in the 5,000 and Gilbert Boit in the 10,000.

Arkansas’ women’s team, which won the NCAA Indoor title in Fayetteville in March, is projected by Track & Field News to finish fifth this weekend with 43 points in tight race behind Texas A&M (62), Southern California (61), LSU (60) and Alabama (52).

The Razorbacks won the last NCAA Outdoors held in 2019.

“I think we’d have to have a very productive two days with no errors involved,” Arkansas women’s Coach Lance Harter said of what it would take for the Razorbacks to repeat as champions. “If we pull off an upset in one or two of the races unexpectedly then it probably gives us a shot of potentially of winning.”

Arkansas has 15 athletes competing with 17 entries in 11 events, including both relays.

Arkansas also is led by three pole vaulters — Lauren Martinez, Mackenzie Hayward and Bailee McCorkle — along with Krissy Gear in the 1,500, Katie Izzo in the 10,000, Jayda Baylark in the 100 and 200 and 400 relay, Daszay Freeman in the 100-meter hurdles and Shafiqua Maloney in the 800.

“Our team scoring total is going to come from all angles,” Harter said. “If we can get some firsts, second and thirds, then that makes a big difference.”