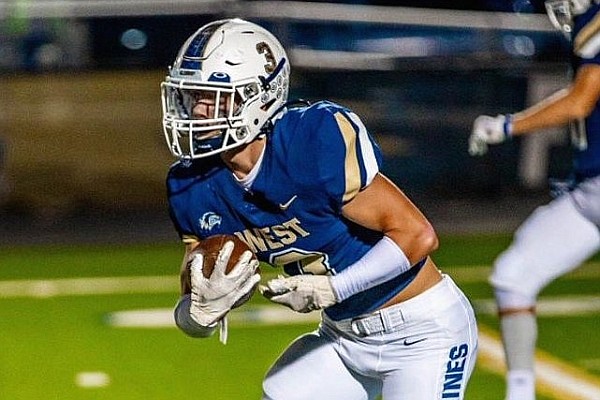 Many observers around the complex and Razorbacks linebackers coach Michael Scherer were highly impressed with Jones’ time.

“He was telling me that was a crazy good 40 and to keep him updated on this summer and getting close to football season,” Jones said.

Jones, 6-0, 185 pounds, started every game for the Wolverines as a sophomore and recorded 79 tackles, 8 tackles for loss, 5 sacks, 4 pass breakups, 2 forced fumbles and 2 recovered fumbles, 1 returned 34 yards for a score. He made second team All-7A West.

Sunday’s camp wasn’t the first time Jones opened eyes with his athleticism. During testing in March at his school, he recorded a 4.47 seconds in the 40-yard dash, a 4.21 shuttle, 35-inch vertical, and a 405-pound squat and 255-pound power clean.

He admits his 40 time at the Arkansas camp caught him off guard.

“I was looking to get anything in the 4.4s, but that surprised me a little bit,” Jones said.

He also recorded 34.5-inch vertical along with a 9-foot, 10.5-inch broad jump. Scherer told him the Razorbacks would be following his junior season.

“He was talking to me quite a bit during the whole camp,” Jones said. “He already followed me on Twitter, so I think he had watched my film, but he was saying they’re going to be watching me this fall and looking forward to watching me compete.”

Getting an offer from Arkansas would help him achieve a lifelong goal.

“That’s been my dream school since I started playing football, so that would be awesome,” Jones said.