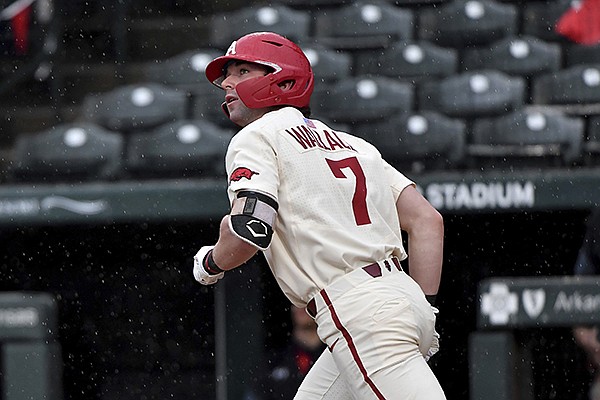 A native of Greenbrier, Wallace was named a first team Freshman All-American by Perfect Game. He was one of six SEC players on the first team.

Wallace, who had a team-high 67 hits, played in and started 60 of the Razorbacks’ 63 games in 2021 and finished fourth on the team with 44 RBI and a .279 batting average. His 14 home runs tied the school’s freshman record previously set by Heston Kjerstad in 2018.

With his home run in Arkansas’ season-ending loss to North Carolina State, Wallace broke a tie with Christian Franklin and Matt Goodheart to tie Brady Slavens for second on the team in that category.

Wallace is the fourth Razorback to be named an All-American in the last week. Relief pitcher Kevin Kopps earned first-team honors by the National Collegiate Baseball Writers Association, starting pitcher Patrick Wicklander was voted to the second team and outfielder Christian Franklin was voted to the third team.