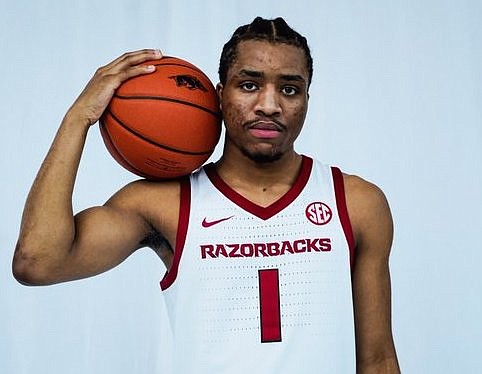 The trip to see coach Eric Musselman and his staff was a success.

"The visit was great. Being in contact with Coach Musselman and the staff for so long and just coming here and see them in person was great,” Lloyd said. "I really enjoyed myself. Had a great time with my family.”

Lloyd, 6-6, 195 pounds, of Chatsworth (Calif.) Sierra Canyon, made an official visit to Nebraska over the weekend and had also officially visited Oregon and Georgetown. He had planned to reveal his college choice Sunday but will delay an announcement now.

“Actually I think I’m postponing my decision as of right now,” he said. “I had an idea what I wanted to do, but with certain circumstances and things changing I’ve decided not to do it right now and wait until I feel the time is right.”

Musselman’s re-enactment of famous NBA photos with prospects has been a hit with recruits. Lloyd said his session with Musselman was the highlight of his visit.

“The whole trip was great, but I think the most memorable (part) was Muss’ re-enactment of LeBron James and Dwyane Wade's pic,” Lloyd said. “I just posted it on my Instagram. I think that was the most memorable moment. Seeing Coach Muss in that uniform was pretty funny.”

Seeing a head coach have fun is attractive to Lloyd.

“It’s great having an energetic guy like Muss to be your coach. You can relate because he has a young soul,” Lloyd said.

Lloyd touched on if the visit helped Arkansas’ chances for his signature.

“I wouldn’t say they increased or decreased but they’re definitely still very high on my list,” he said. “One of my top choices, for sure.”

ESPN rates Lloyd the No. 12 shooting guard in the nation and the No. 9 prospect in California for the 2022 class. He said Musselman plans to use him at both guard spots if he decides to be a Razorback.

The Arkansas fan base also made a strong impression and he hopes to return for a game.

“I can’t wait to hopefully get here during the year and see what it’s like when Bud Walton Arena is really cracking,” he said.

His parents, Ramel Sr. and Taba, accompanied him on the visit to Arkansas like they did the three other official visits.

The elder Lloyd was a shooting guard at Long Beach State, where he led the Big West Conference in scoring and was named first-team All-Conference in 2001 after playing at Syracuse for a season out of high school.

He was happy to finally see what Arkansas had to offer.

“Arkansas has been on the recruiting trail with us for some time now, so we’ve developed quite a relationship with Coach Muss and staff,” said Lloyd Sr., who played against good friend and former Arkansas point guard Kareem Reid in high school. “It’s finally good to be down here and seeing some things.”

“I felt some good energy with (the players) at practice and how they act with the coach,” Lloyd Sr. said. “I think it’s important to see how players interact with with their head coach.

"It looks like they both care about each other mutually and coach is still pushing them every day in practice, but it’s different when someone is pushing you hard and they know they care about you instead of beating you down the whole time.”