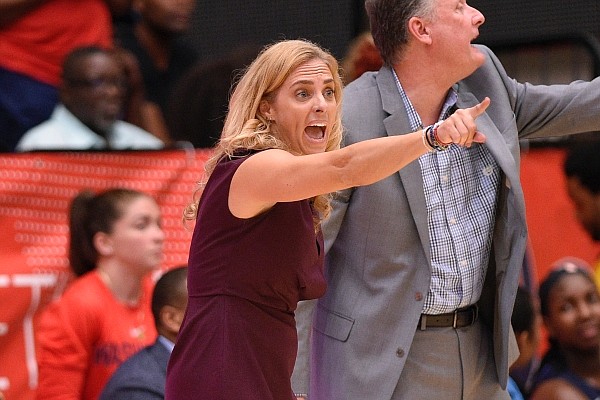 Nicki Collen, coach of the WNBA’s Atlanta Dream the last three seasons and a former University of Arkansas women’s assistant coach, was hired as the Baylor Lady Bears’ new coach, it was announced Monday.

"I am thrilled to be the head coach at Baylor University,” Collen said in a news release. “I believe it is the top job in the country for women's basketball.

“The success of this program speaks for itself, and I will begin working today to ensure Baylor women's basketball continues to be a program that excels at the highest levels."

Collen is replacing Kim Mulkey, who left Baylor to take the LSU job after leading the Lady Bears to three national championships (2005, 2012 and 2019) and the last 11 regular-season Big 12 conference titles in 21 years on the job.

Collen, 45, was an Arkansas assistant from 2011-14 when her husband, Tom Collen, was head coach of the Razorbacks. She also was an assistant coach for her husband at Colorado State and Louisville.

Collen was the 2018 WNBA coach of the year in her first season in Atlanta when she led the Dream to a 23-11 record and to a spot in the playoff semifinals. The Dream finished 8-28 and 7-15 in her final two seasons with the team.

"Nicki is a passionate leader of young women and an elite basketball mind and teacher of the game," Baylor Athletic Director Mack Rhoades said in a news release. "Nicki's professional experience will be invaluable to developing players for the next level. Her addition sustains our commitment to the women's basketball program at the highest level."

Prior to Collen being hired as Atlanta’s coach, she was an assistant coach for the WNBA’s Connecticut Sun.

Collen played collegiately at Purdue and Marquette. She also was an assistant coach at Ball State and Florida Gulf Coast.