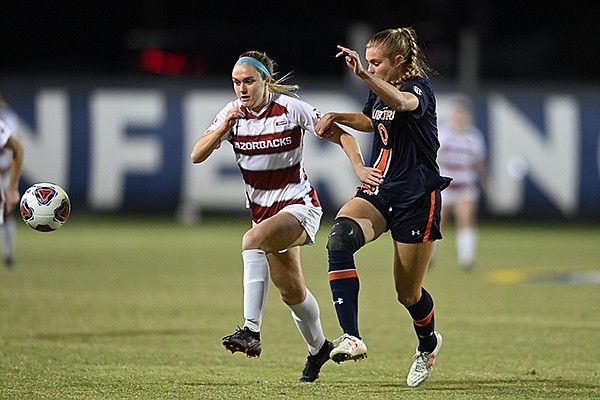 Podojil, who was named SEC forward of the year in the fall, is Arkansas’ leading scorer this season with 24 points on 10 assists and 7 goals. She had an assist during the Razorbacks’ 3-1 victory over Utah Valley last Saturday in the second round of the NCAA Tournament.