Checking in on minor leaguers with Arkansas ties 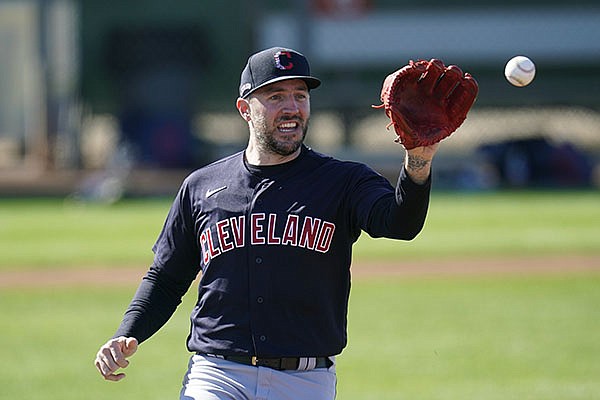 What do Blue Jays, Bison, Sod Poodles and Jumbo Shrimp have in common?

Family and friends were ecstatic when Ty Tice of Prairie Grove pitched two scoreless innings in his major-league debut against the Los Angels Angels on April 9.

Those same people received a big dose of reality for a professional athlete when Tice was removed from Toronto’s active roster just hours later. But Tice is back in the big leagues after being recalled on April 24.

Heading into Saturday’s game at Houston, Tice has a 5.14 ERA in four games with the Blue Jays.

Tice is the second player in four years (Jalen Beeks) from Prairie Grove to reach the major leagues. If Dylan Soehner makes the New Orleans Saints’ NFL roster as an undrafted free agent, that’ll be three athletes from Prairie Grove playing at the highest levels in their professions.

Parker, 35, is off to a good start at Columbus, where he pitched four innings in relief and allowed only one run during a recent game for the Clippers. The former Fayetteville Bulldog and Arkansas Razorback will suit up for his seventh major league team if Cleveland promotes him from its Triple-A affiliate this season.

And to think Parker never pitched in college for the Razorbacks. Quite a remarkable career, really.

Wood will attempt to reach the major leagues again with Texas after playing previously at Tampa Bay and Cleveland.

The right-hander from Rogers Heritage played at Howard Junior College in Big Springs, Texas, where baseball players are second only in popularity to the rodeo team. If there’s anyone in professional baseball with a better-looking long-flowing mane and beard than Hunter Wood, I’ve yet to see it.

Zuber is back at Kansas City after he went 1-2 with a 4.18 ERA last season with the Royals. Zuber is from White Hall and he’s the first Arkansas State player to make the major leagues since Daniel Wright with the Los Angeles Angels in 2016.

Eibner hopes to replicate in the major leagues what he did so effectively as a center fielder for the Arkansas Razorbacks.

Eibner appeared finished in the major leagues when he was released in 2017 after compiling a .191 batting average in three partial seasons with Kansas City, Oakland, and the Los Angeles Dodgers. Eibner went from the outfield to the mound while playing in an independent league and the Miami Marlins saw enough potential in the right-hander to bring him back to the majors.

Eibner could receive another opportunity with the Marlins if he pitches well for the Jumbo Shrimp.

The journeyman tag applies to Forsythe, 34, who was assigned to Nashville after signing May 4 with the Brewers. The former Arkansas third baseman has a career .244 batting average while playing for six teams during 10 years in the major leagues. He went 5 for 5 with two doubles while playing for Minnesota in a game against Detroit in 2018.

The versatile Reynolds is playing shortstop and second base for Charlotte while trying to make his way back to the major leagues with the White Sox.

Reynolds, 30, has played all over the infield in his career and he even took the mound on Friday when he pitched one-third of an inning in a 19-1 loss to the Gwinnett Stripers. He also hit a home run in a 10-9 loss to the Stripers.

Just to put on a uniform and wear a cap for a team called the Sod Poodles might be a career highlight for some players, but Fletcher is going places far removed from west Texas.

The former Arkansas center fielder showed great promise by hitting .318 in Single-A after being selected 75th overall by Arizona in 2019. He’ll begin this year in Double-A at Amarillo, where the locals refer to their team as the “Soddies.”

Or, soggy soddies during rainouts in Amarillo.