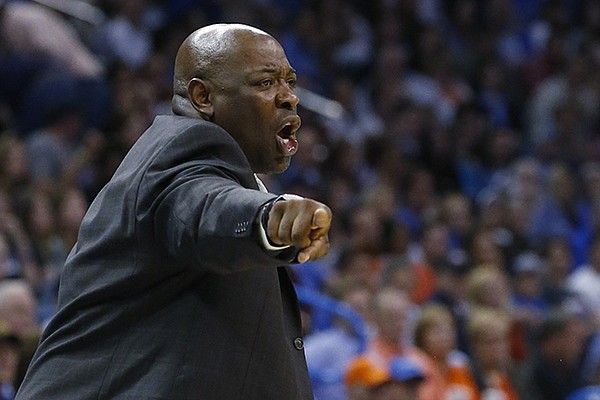 Musselman on Wednesday announced the hiring of Keith Smart, a longtime NBA assistant and former Indiana Hoosiers guard who hit the game-winning shot in the 1987 NCAA Tournament championship game.

“What an incredible opportunity for our players to be mentored and coached by Coach Smart,” Musselman said in a release. “His coaching experience is unmatched, being a three-time NBA head coach. His playing experience includes him hitting one of the most clutch shots in the history of college basketball and playing at the highest level professionally.

“We are getting an incredible coach. He knows how to develop talent and is an excellent ‘X and O’ coach. Our players are going to love Coach Smart.”

Smart acted as interim head coach of the Cleveland Cavaliers in 2003 and head coach of the Warriors (2010-11) and Sacramento Kings (2011-13). Since his stint with the Kings, he spent 2014-19 as an assistant coach with the Miami Heat, Memphis Grizzlies and New York Knicks.

“I am excited to be reunited with Coach Musselman, a person I’ve known for over 30 years, and to continue my growth as a basketball coach,” Smart said in a release. “I cannot think of a better place than with Coach Musselman and at the University of Arkansas. By becoming a Razorback, my basketball life is somewhat coming full circle as Coach (Nolan) Richardson recruited me.

“In addition to playing for and working with Coach Muss, I have kept in close contact with him over the years, sharing ideas and strategies. I know what he is teaching, and I know his expectations. I am thrilled to join the Arkansas family, to develop our players and to build on the solid foundation that has been laid here.”

A native of Baton Rouge, La., Smart was named the Final Four’s Most Outstanding Player in 1987 when he led the Bob Knight-coached Hoosiers to the championship victory over Syracuse.

Smart played two seasons with the Hoosiers before being selected by the Warriors in the 1988 NBA Draft. He played nine professional seasons in the CBA and internationally.