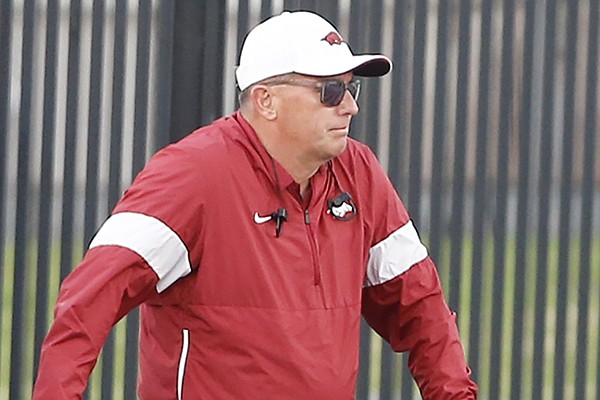 Mario Sategna has resigned as an assistant coach at the University of Arkansas.

FAYETTEVILLE — Mario Sategna has resigned as an assistant coach for the University of Arkansas men's track and field team.

"I appreciate Mario's contributions to our program and wish him the best moving forward," Razorbacks Coach Chris Bucknam said Wednesday.

Bucknam said Sategna left Arkansas after three years for personal reasons and that he didn't want to comment further.

Sategna was hired at Arkansas in July 2018 to coach the field events and decathletes after being fired as the head coach at Texas.

Sategna resigned at Arkansas effective May 19 — four days after the Razorbacks won the SEC Outdoor title — according to a letter he submitted to the UA athletic department and was obtained through a Freedom of Information request.

Bucknam said Mat Clark, Arkansas' strength and conditioning coach and a former decathlete at Northern Iowa, will take over Sategna's coaching duties at this week's NCAA West Prelims and at the NCAA Championships June 9-12 in Eugene, Ore. Bucknam and assistant coach Doug Case also will help coach the field events.

Bucknam said his focus is on the final two meets of the outdoor season and that after they're completed he'll turn his attention to hiring a replacement for Sategna.