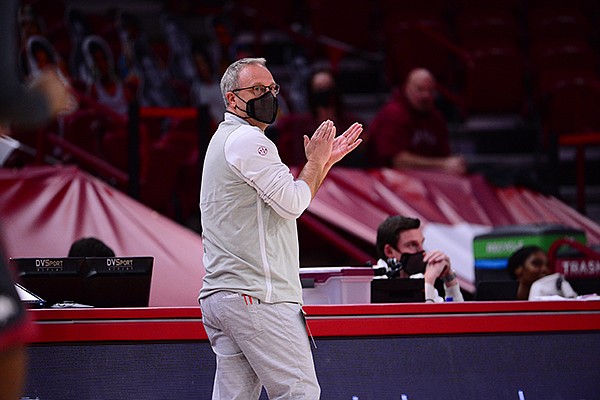 The Razorbacks are scheduled to play the Mustangs on Monday, Nov. 22 in Bud Walton Arena, according to a game contract obtained Wednesday through an open records request.

A game time has not been set. The game was finalized earlier this month.

Arkansas defeated SMU 79-47 on the road last season in the programs’ first meeting since Nov. 2009. The Razorbacks lead the all-time series 23-5.

On Dec. 29, less than three weeks after its game against Arkansas, SMU canceled the remainder of its 2020-21 season due to health and safety concerns surrounding covid-19. The Mustangs finished with an 0-6 record.

In April, SMU hired Toyelle Wilson to replace head coach Travis Mays, who was 53-76 over the last five seasons. Wilson is the first Black female head coach at the school.