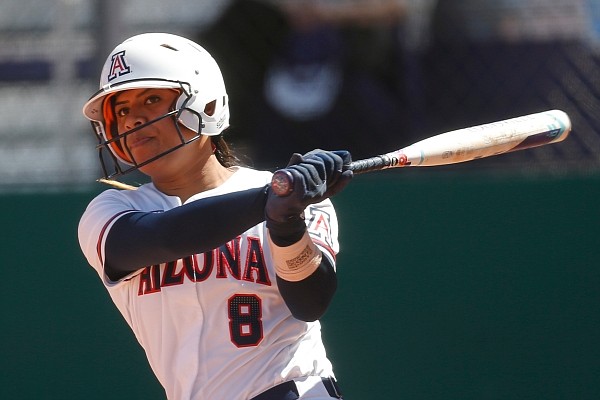 The Wildcats (39-13) flexed their offensive prowess to rally from a 6-0 deficit against Ole Miss and claim a 12-6 victory to wrap up the Tucson Regional on Sunday. The victory secured the program’s seventh consecutive trip to a super regional.

The Wildcats, the No. 11 national seed, will take on the No. 6 seed University of Arkansas (43-9). The best-of-three series begins at 6 p.m. Friday at Bogle Park.

“I think that little comeback this weekend will feed some confidence and we can ride that wave a little bit,” said Arizona Coach Mike Candrea, who has guided the program to eight national titles. “But postseason’s an interesting time.

“I think it was just a great response for our team. I like the fact that after being down six runs they didn’t hit the panic button. They stayed within their game plan. They continued to try and pass the bat, try to get 60 feet, try to put runners on base, and when you do that and you get some key hits, good things happen.”

The Wildcats led the Pac-12 in batting average (.327) and tied for the top spot in runs scored. But they closed the regular season by losing five of their last eight games in the Pac-12 while averaging just two runs per game.

The bats caught fire over the weekend to the tune of 31 runs in three games. Redshirt freshman Sharlize Palacios led the way, going 8 for 13 with 2 home runs and 10 RBI. She believes the Wildcats can keep it going.

“I think our confidence shot up through this weekend,” said Palacios, a first-team All-Pac 12 selection. “Ole Miss was a really good team, and we were able to put a lot of runs on the board and just string along a lot of hits and pass the bat.

“I think we’re doing really well, and we've just got to keep it rolling into this weekend.”

Arizona, like Arkansas, relies on the long ball. Both teams are ranked among the top 10 nationally. The Wildcats have 89 home runs as a team, just three less than Arkansas.

Catcher Dejah Mulipola leads the Wildcats with 19, followed by Palacios with 17. But it is shortstop Jessie Harper who is chasing the all-time career home run record.

She hit her 14th of the season and 90th career home run against Maryland-Baltimore County in the first game of the regionals. That tied her for third on the all-time home run list. She needs five more to match the NCAA record held by Lauren Chamberlain.

Arizona has struggled away from home this season. The Wildcats are 11-10 on the road, and that’s where they will be this weekend with a trip to the College World Series on the line. History also hasn’t been kind to them away from home in the super regionals.

Arizona has a rich postseason softball history, winning eight national championships, but it has advanced to the College World Series just once in the past six trips to super regionals. That came in 2019 when the Wildcats were playing in Tucson. They haven’t won a super regional on the road since doing so in Palo Alto, Calif., against Stanford in 2009.

Despite the recent past, Palacios said the team’s looking forward to the challenge.

“I think we have a lot to prove on this travel journey,” she said. “I feel like we haven’t proven ourselves yet on the road, and I think this is the perfect time. We came off a really fun weekend. We all enjoyed the game and enjoyed each other, so I think this is going to be a really big step for this team this weekend.”

Candrea, who is in his 36th season at Arizona and 41st overall as a college head coach, said there wasn’t as much of a home-field advantage years ago, but that’s not the case now.

“In today’s game, with the crowds that are being drawn in college softball and the growth of the game, being at home is definitely an advantage,” he said. “But truthfully, we need to execute the game plan no matter where we’re at.

“We’ll have to supply our own energy. We know that, and I think this team pretty much understands that.”

Palacios has the utmost confidence in the Wildcats’ ability to move on, provided they carry the same momentum from the regional.

“We don’t try to match a different team,” Palacios said. “If we play our game like we did this weekend, I think we’re unbeatable. So we just have to play our game.”