What to know about the Fayetteville Regional 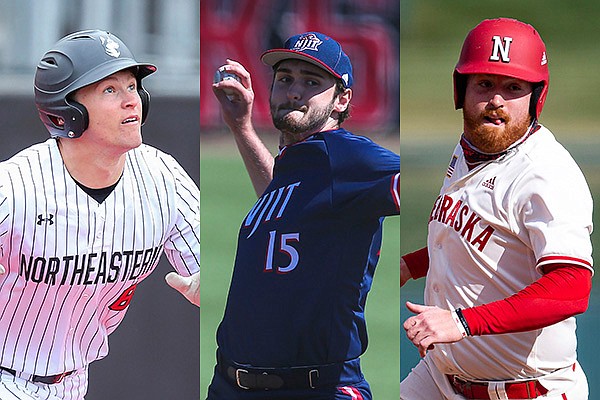 FAYETTEVILLE — Arkansas will host Nebraska, Northeastern and the New Jersey Institute of Technology at the NCAA Fayetteville Regional this week.

It is the only regional in this year's tournament in which all four teams were automatic qualifiers. The Razorbacks won the SEC Tournament on Sunday, and Nebraska (Big Ten), Northeastern (Colonial Athletic Association) and NJIT (America East) also won conference titles.

On paper, it is a favorable regional for the Razorbacks. Northeastern (30) has the highest RPI of any visiting team this week, followed by Nebraska (42) and NJIT (116). All three teams have road records of .500 or above, but none have played in anything remotely close to the setting expected at Baum-Walker Stadium, where more than 11,000 people are expected for Arkansas' home games.

The Razorbacks have a 26-5 record at home this year. Dating to 2018, they have a six-game win streak in regional games in Fayetteville and are 10-2 at home overall the last two postseasons.

Arkansas is the No. 1 overall seed in this year's tournament. The top seed has lost its home regional just three times since the NCAA modified its tournament format in 1999, most recently in 2015 when UCLA was upset by Maryland.

Here is more to know about this year's Fayetteville Regional field:

Bolt was a team captain at Nebraska in 2001 and 2002 when Van Horn coached the Cornhuskers to their first two College World Series appearances. Bolt was referred to as “Little DVH” by his teammates because of his similarities to Van Horn.

Bolt was hired as Nebraska’s head coach two years ago after a five-year stint as an assistant coach at Texas A&M. Similar to Van Horn, he got his first taste of being a head coach at Texarkana College.

“He’s one of my mentors and I wouldn’t be where I am today without him,” Bolt said of Van Horn last week.

Van Horn spent five seasons at Nebraska from 1998-2002 and transformed the Cornhuskers from an afterthought into one of the most successful programs in the country. In addition to its two College World Series appearances, Nebraska won three consecutive Big 12 Tournament championships from 1999-2001 and won the league’s regular-season title in 2001.

Van Horn has coached against Nebraska during five separate seasons since leaving for Arkansas and has a 4-5 record against the Cornhuskers. The teams last met at the Frisco (Texas) College Classic in 2017 when the Razorbacks won 15-5.

Arkansas and Nebraska were under contract to play twice in Fayetteville in March, but the games were scrapped because the Big Ten went to a conference-only schedule. That left the Razorbacks with 54 regularly scheduled games, two shy of the NCAA limit.

The Cornhuskers went 31-12 against their Big Ten schedule. They won two of three games against Michigan in Lincoln, Neb., last week in a matchup between the league's two best teams. The Big Ten Tournament was not scheduled this year.

“He’s a winner. I’m really proud of Will,” Van Horn said. “He’s worked hard and he knew what he wanted to do as a young person and assistant coach. He got his shot at Nebraska and he’s taken full advantage of it. He’s got coaches that he trusts and he hired and they are doing a great job recruiting and getting those kids motivated. They got after it up there this year and won the league outright. They actually won it by three or four games, from what I remember, and there are some really good teams up there. So I’m proud of him and happy for him and know we’ll get to see those guys this week.”

If the Razorbacks and Cornhuskers meet in the regional, it will be the second time this season Van Horn will coach against one of his former Nebraska players. Southeast Missouri State coach Andy Sawyers played on Van Horn’s first team at Nebraska in 1998 and was a volunteer coach for the Cornhuskers under Van Horn in 2000.

NJIT was the only team that did not win its conference automatic bid on the field. Its players found out they won the tournament in a parking lot in Stony Brook, N.Y.

The Highlanders were awarded the America East Conference Tournament bid when the league’s tournament championship game against Stony Brook was canceled due to inclement weather. NJIT won its first two games at the tournament and was awarded the automatic bid because it was the only undefeated team left in the tournament.

NJIT is in its first season as a member of the America East. The program moved to Division I in 2007 and spent its first 14 seasons as an independent and a member of two other leagues.

This is NJIT’s first time to play in the NCAA Tournament.

The Highlanders played a schedule that consisted mostly of games against conference teams. NJIT was 1-5 in nonconference games against Virginia Military Institute and Fordham.

Fairfield (37-3), which earned an at-large bid after playing a schedule against only teams from the Metro Atlantic Athletic Conference, has the fewest losses among teams in the tournament.

But the Fayetteville Regional includes the two teams with the fewest losses among teams that played a traditional schedule this year — Arkansas (46-10) and Northeastern (36-10).

Northeastern had a 24-4 record against teams from the Colonial Athletic Association, but had to fight through the loser’s bracket to win the CAA Tournament. Northeastern lost 8-4 to North Carolina-Wilmington last Friday, but won three games over the weekend to win the tournament.

The Huskies beat UNC-Wilmington 7-5 on Saturday and 11-10 on Sunday. Northeastern walked off UNC-Wilmington in the championship game on Max Viera’s one-out solo home run in the bottom of the 10th inning.

For the second consecutive postseason, the NCAA will send two teams more than 1,000 miles to Fayetteville.

The trip will be substantially shorter for Nebraska, whose Lincoln campus is about 430 miles away.

The Fayetteville Regional has increasingly included less-regional teams in recent years. The Razorbacks’ 2017 home regional included three teams — Missouri State, Oklahoma State and Oral Roberts — that were within a 200-mile radius of Fayetteville.

• NJIT right hander Tyler Stafflinger has thrown four complete games this season. The redshirt senior has a 3.77 ERA in 77 2/3 innings and is likely to start Friday’s game against Arkansas.

• Albert Choi has hit five triples this season for NJIT, which is ninth-most nationally. Choi is also one of the nation’s top base stealers with 27 stolen bases in 28 tries.

• Northeastern’s Scott Holzwasser and Ben Malgeri each have 22 stolen bases this season.

• If it advances this week, Arkansas is guaranteed a home super regional against the winner of the Ruston (La.) Regional. The Ruston Regional includes host Louisiana Tech along with North Carolina State, Alabama and Rider. Arkansas won two of three games against Louisiana Tech and Alabama in consecutive weeks in March. The Razorbacks have not had to leave Fayetteville for a regional or super regional since a 2015 regional at Oklahoma State.

• Arkansas opted to play the early game Friday against NJIT, which will begin at 2 p.m. The Northeastern-Nebraska game will begin at 7 p.m. Both games will be available via an online stream on WatchESPN.com and the ESPN app.