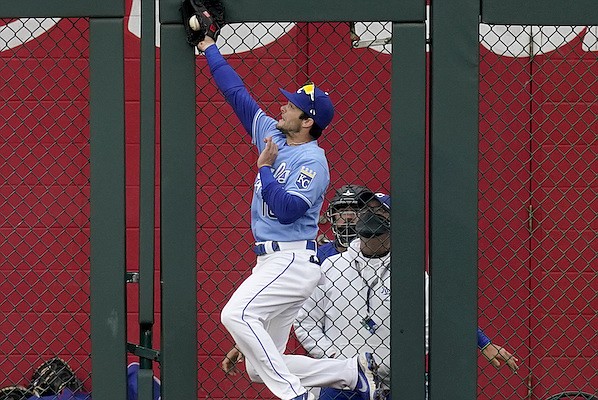 Dallas Keuchel won the Gold Glove for American League pitchers and Andrew Benintendi was the Gold Glove winner for AL left fielders. Gold Glove Awards are presented to the best defensive player at each position and are among the most prestigious individual honors in baseball.

DRS quantifies a player's entire defensive performance by attempting to measure how many runs a defender saved. It takes into account errors, range, outfield arm and double-play ability.

Benintendi, 27, fielded .987 and committed 3 errors in 1,116 innings. According to MLB.com, he tied Toronto’s Lourdes Gurriel for the AL lead with seven defensive runs saved and his six assists were second most by AL players at his position.

On Aug. 18, Benintendi threw out Chas McCormick at the plate for the final out to preserve a 3-2 Royals victory over the Houston Astros. Benintendi fielded a single off the bat of Jose Altuve and one hopped a throw to the plate in time for catcher Salvador Perez to apply the tag.

Keuchel had a .980 fielding percentage in 162 innings — 34 points above the league average for pitchers. He had 41 assists, committed 1 error, turned 3 double plays and allowed 2 stolen bases in 6 attempts.