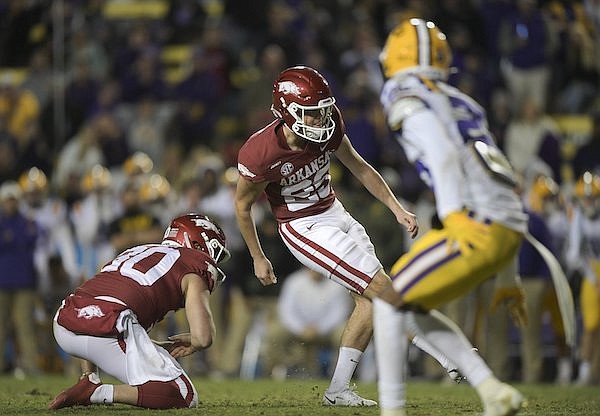 Arkansas kicker Cam Little (29) kicks the game-winning field goal in overtime during a game against LSU on Saturday, Nov. 13, 2021, in Baton Rouge, La. The Razorbacks won 16-13.

More from WholeHogSports: Full coverage from Arkansas' win over LSU