UNDER THE RADAR: Greenbrier’s Cooper Wilcox 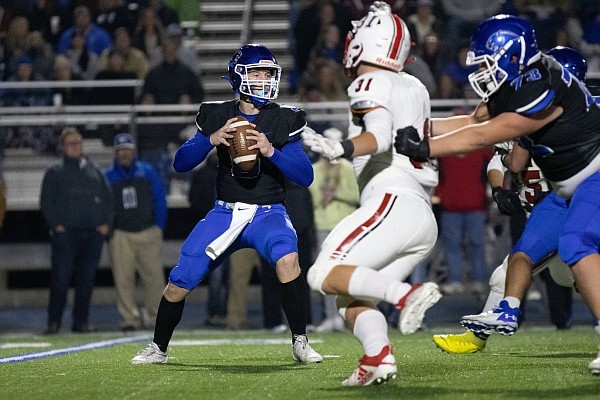 Greenbrier quarterback Cooper Wilcox finished with 214 yards on 17-of-27 passing and 3 touchdowns, and also rushed for 72 yards on 21 carries and another score.

On Wednesdays we feature an in-state prospect who could be flying under the radar of college coaches. This week's UTR prospect is Greenbrier’s Cooper Wilcox.

“I think a stat that’s really telling about him is we’re averaging 11.61 yards per attempted pass. That’s pretty high. We’re not just dinking around and throwing 10 screens a game. We’re throwing downfield.

“Dual threat is definitely what he is. He can really run. He’s fast. He’s one of our strongest kids in the weight room. He’s a really good football player and means a ton to our football team.”

“I’m surprised the Division II (programs) in the state haven’t offered him. I feel like he’ll get offers from some of the in-state DII schools.”