No gold in Tuscaloosa, but Razorbacks leave with pride intact 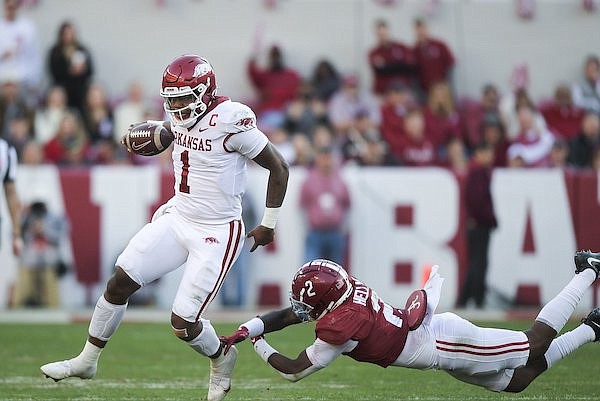 Arkansas quarterback KJ Jefferson (1) tries to run away from Alabama defensive back DeMarcco Hellams during a game Saturday, Nov. 20, 2021, in Tuscaloosa, Ala.

There was no medal for the officials who worked the game.