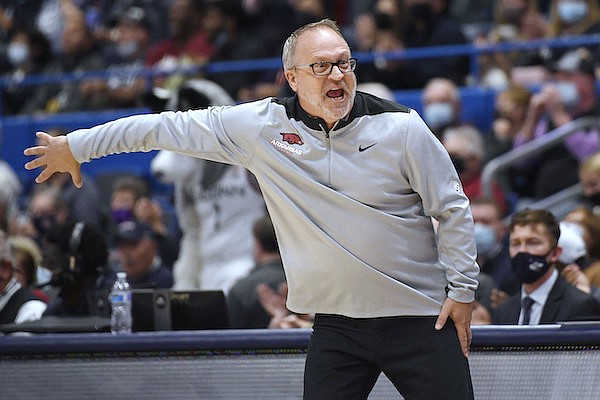 Arkansas coach Mike Neighbors has been able to lure several top transfers to Fayetteville and there is a chance he could land another.

The Razorbacks are hosting former Connecticut freshman guard Saylor Poffenbarger for an official visit. She began her visit Sunday and is expected to leave Tuesday.

She recently announced plans to transfer from the Huskies after appearing in 12 games. She enrolled in January.

Poffenbarger, 6-2, signed with Connecticut from Middletown, Md., and was Ms. Maryland in basketball and an ESPN 4-star prospect, the No. 13 guard and No. 30 overall recruit in the nation for the 2021 class.

She was a member of the Team USA squad that won gold at the 2019 FIBA Americas U16 Championship. She averaged 7.2 points, 4.3 rebounds and 3.7 assists in the tournament.

Arkansas assistant Lacey Goldwire is a god sister to Poffenbarger, who will have four years of eligibility at her next program.