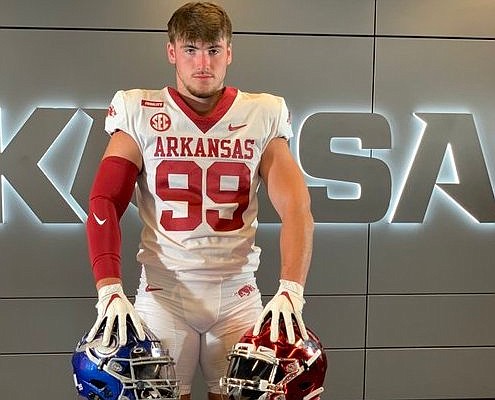 Arkansas has made the cut for one of the top defensive linemen in the 2023 class.

He received his offer from the Razorbacks after his showing at an Arkansas camp in June. He returned July 31 for a cookout for recruits and parents.

James attended Arkansas’s 20-10 victory over then-No. 7 Texas A&M in Arlington, Texas, in September. He visited Fayetteville for the Auburn game on Oct. 16.

He had 57 tackles, 16 tackles for loss, 10 sacks, 27 quarterback hurries, 1 fumble recovery and 1 pass defended as a sophomore.