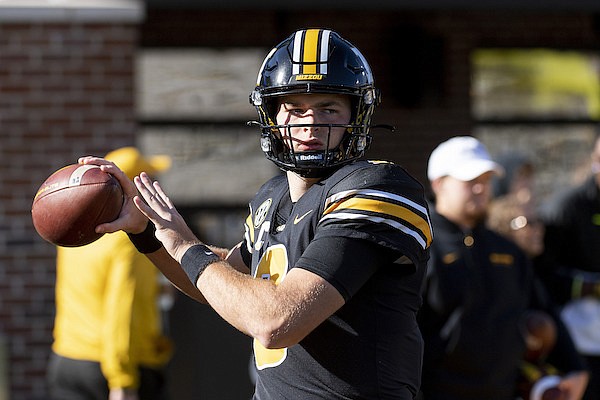 FAYETTEVILLE — Missouri will wear its home uniforms at Arkansas on Friday.

The Tigers have worn their home black jerseys against the Razorbacks each time they have played since Missouri joined the SEC. Friday will be the Tigers’ fourth trip for an SEC game to Arkansas’ home stadiums in Fayetteville or Little Rock.

The Razorbacks and Tigers began playing annually in 2014. The game has been played on the day after Thanksgiving — Black Friday — every season except 2020 due to covid-19 schedule changes.

Missouri’s black jerseys are an apparent nod to Black Friday.

The Razorbacks also wore their home jerseys as the road team in 2014, but have worn white as the visiting team in their last three games in Columbia, Mo.

Arkansas has lost five straight in the series against the Tigers, known as the Battle Line Rivalry. The Razorbacks’ last win over Mizzou came in 2015, when Arkansas won 28-3 in Fayetteville.