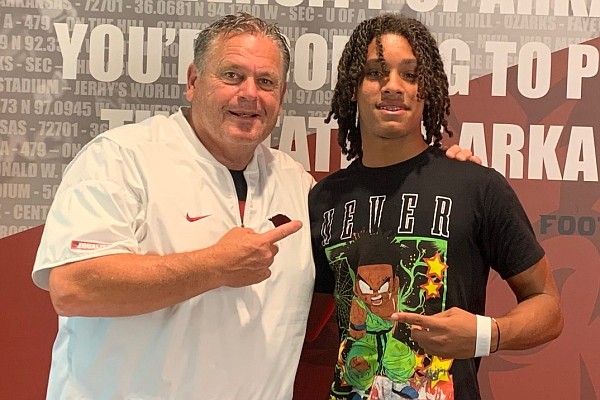 "I felt like it was the best decision for me and to go play in the SEC," Evans said. "It's just a blessing most people aren’t able to say they played in the SEC against some of the top talent in the world. After my visit down there a few weeks ago, the love, the people and the coaches showed to me, led me to this decision to be a Razorback."

"The coaches stayed in contact several times a week which helped prove to me that I was a priority and the conversations with several of the players backed up how great of a place it was in Fayetteville.  Once I discussed with my parents, it was a no-brainer the University of Arkansas was the place for me."