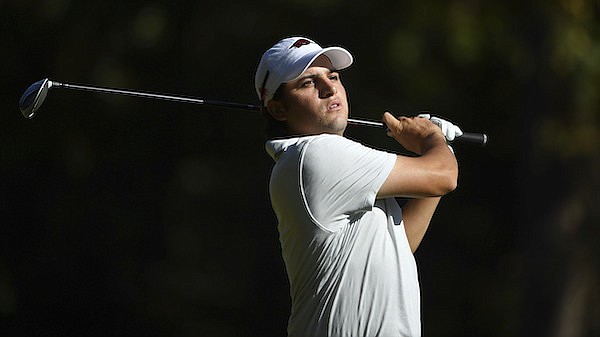 The University of Arkansas men’s golf team won the inaugural SEC Match Play Championship on Tuesday in Birmingham, Ala.

Wil Gibson and Mateo Fernandez de Oliveira put two points on the board for the Razorbacks with 5&3 wins. Later, Luke Long earned the third and decisive point with a 2&1 victory to give Arkansas a 3-2 victory over Vanderbilt.

Arkansas was 4-0 in the event with successive wins over Mississippi State (3-2-0), Ole Miss (3-1-1), LSU (3-2-0) and Vanderbilt (3-2-0). The win is also Arkansas’ second consecutive team victory, winning the Blessings Collegiate Invitational last week. It marks the first time Arkansas won twice in one season since 2018-19 and the first time the Razorbacks won consecutive outings since the spring of 2012.