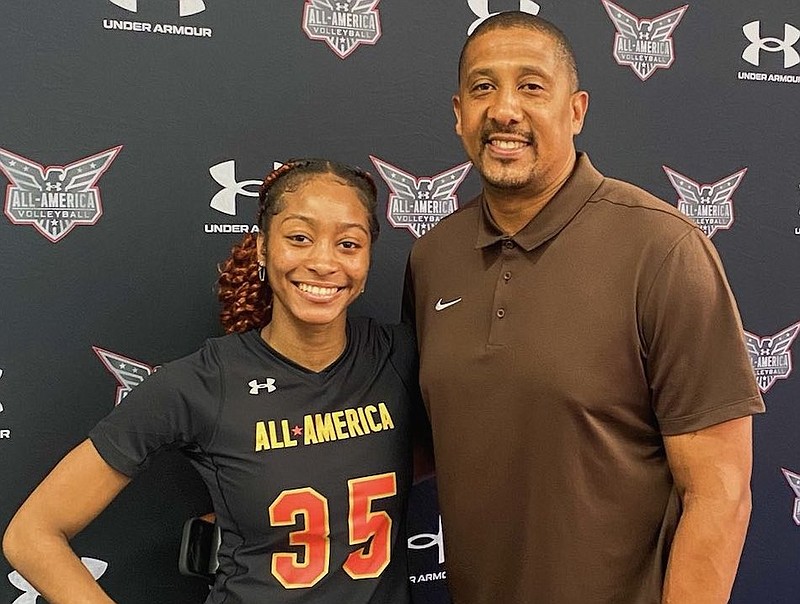 A junior, Thurman picked the Tar Heels over scholarship offers from Arkansas, North Carolina State, Kansas State, Louisville, and others.

“Going into the process, I knew my priority was the cultural of the volleyball program as well as the culture of the school as a whole,” said Thurman, who has a 4.0 grade point average. “And after taking all five of my official visits, I truly saw the North Carolina culture just from academics and from athletics is amazing. I’ve kind of known that since I was young just growing up around athletics and seeing how Tar Heel fans are and how much of a family they are, so just being there in person and taking my visit and seeing that firsthand really, really influenced my decision.”

Thurman, 6-0, played for Little Rock-based 16-under Elite Volleyball Academy during the spring and summer. She’s been named to several lists, including Prep Volleyball 2023 top 175 and the American Volleyball Coaches Association 2023 Phenom List.

Her approach vertical jump has been recorded at 34 inches and her touch has been measured at 10 feet, 4 inches which places her in Prep Volleyball’s 10 Foot Club, which the site describes “It remains a magic number in volleyball today. If you can jump and touch the basketball rim, or higher, you are in rare air.”

Thurman, who’s considering pre-med for dermatology or communication for sports broadcasting as potential college majors, said she is appreciative of her father and mother, Regina, who’s a physician, traveling the nation to support and watch her play.

“When my parents finally knew I had a chance to be a high level player, they were fully supportive,” Thurman said. “I’m super blessed to have them be able to travel with me.”