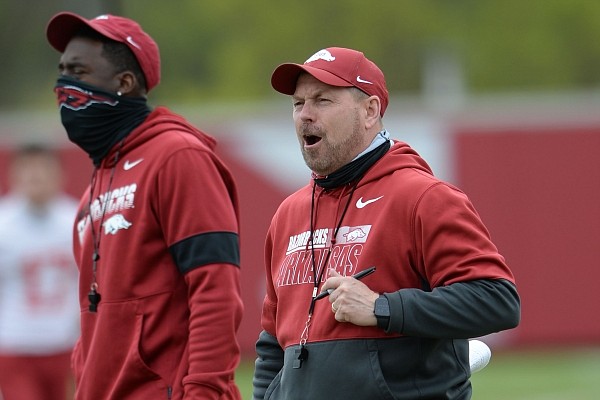 Arkansas went down under once again to get over in its punting game.

Melbourne, Australia, punter Max Fletcher (6-5, 190) announced Monday afternoon on Twitter that he has committed to the Razorbacks.

Fletcher credited Arkansas special teams coordinator Scott Fountain for making him feel at ease with his college choice. He becomes the school’s first Australian punter since Sam Irwin-Hill in 2013-14.

“First to Coach Fountain, as soon as I spoke to him I felt really comfortable, and he mentioned about the brotherhood that Coach (Sam) Pittman and the other coaches are building at Fayetteville,” Fletcher said. “Also given the opportunity to play in the SEC, playing in such a great conference and playing against the best teams every week.”

“The coaches also mentioned that Fayetteville is such a great place to live and how the people are die-hard Arkansas Razorback fans and how supportive the fans are,” Fletcher said. “But mostly to Coach Fountain, he made my family feel comfortable about the decision to play football and study at the University of Arkansas, which is the most important thing for me.”

Arkansas is ranked 13th in the SEC in net punting yardage this season and has redshirt junior Reid Bauer (40.2 yard average), redshirt senior Sam Loy and freshman Patrick Foley as punters on the roster this season.

Fletcher noted that Australian punters do not play in games and just train and also explained the differences in the recruitment of punters.

“It is different to traditional American commits (in that) you don’t get 20 different offers,” Fletcher said. “They (Prokick Australia) recommend a school and you build a relationship with the coaches. They asked me about Arkansas, I spoke to Coach Fountain after and I knew straight away I wanted to go to the University of Arkansas.”

Fletcher and his brother, Mason, who is a freshman punter at Cincinnati, are the sons of Dustin Fletcher, who played in 400 games for Essendon over 23 years in the Australian Football League.

Max Fletcher is a strong prospect, according to Prokick Australia coach Nathan Chapman.

“Really talented guy and has a good, strong leg,” Chapman said. “Has the ability to flip the field and will do all different types of kicks to keep those returners guessing. Max is a tall lad and once he fills out there’s even more to come.”

Irwin-Hill, who could punt with either leg, also was a member of Prokick Australia and was known for his ability to run on fake punts.

He also had 2 rushes for 74 yards on fake punts, including a 51-yard touchdown against Texas A&M.