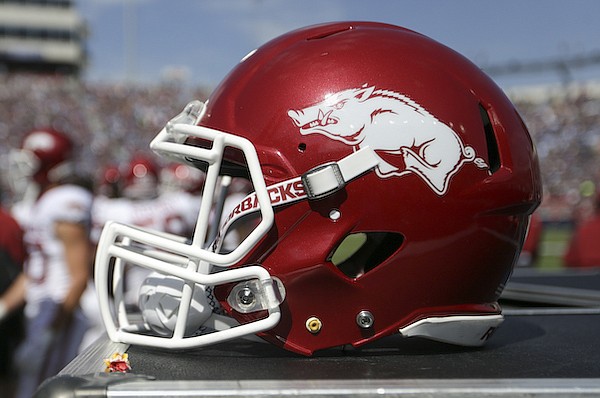 An Arkansas football helmet sits on the sideline during a game against Ole Miss on Saturday, Oct. 9, 2021, in Oxford, Miss.

FAYETTEVILLE — Arkansas' run of morning kickoffs is coming to an end.

The Razorbacks will play Mississippi State on Nov. 6 beginning at 3 p.m., the SEC announced Monday. The game will be televised by SEC Network.

Arkansas (5-3, 1-3 SEC) has had four consecutive 11 a.m. start times prior to the Mississippi State game. The Razorbacks are off this week.

The Arkansas-Mississippi State game will go head-to-head against the CBS showcase SEC game. CBS announced it would use a six-day window to decide on a game for Nov. 6. The network is considering LSU at Alabama and Missouri at Georgia.